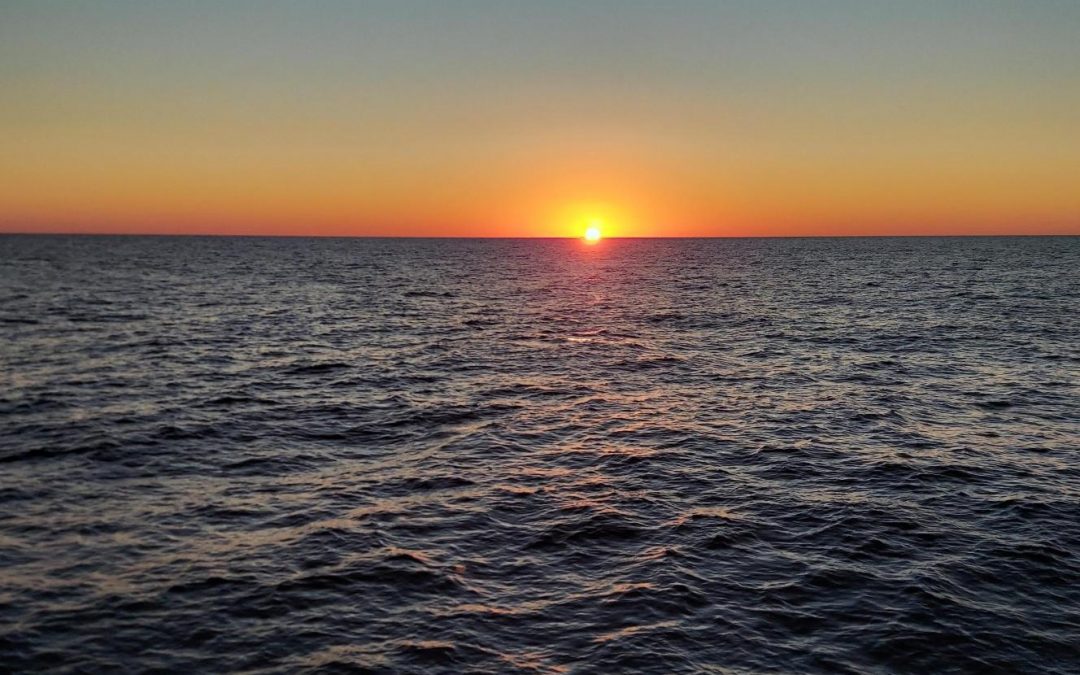 Sunset during our last night.

As a new marine science graduate student this Fall at USF College of Marine Science, I was very excited to embark upon my first research cruise experience. This was also my first time doing a hydrographic survey, so anticipation was high. Ship life takes some getting used to, even if it is only for 6 days. For those of us who get seasick, this adjustment period begins the night before – always take your first dose of anti-nausea medication well in advance of leaving the dock (meclizine is your friend!). Once underway, you gain your sea-legs eventually as you relearn how to walk without crashing into the walls of the ship. The first day is often the hardest to adjust but, after the first 24 hours it seems that most people settle in.

In our six days aboard the R/V WT Hogarth, we mapped just over 300 square kilometers of the ocean floor. This was a great success, but as with most (if not all) scientific fieldwork, there were complications, often due to things beyond your control, i.e. weather. The seas were mostly peaceful, with the exception of Saturday night into Sunday morning. Not only does this have an impact on the crew (imagine having to cook while your kitchen is rocking side to side), but the rough seas impact the sonar’s data quality as well. Large, rough waves can cause some of the sonar beams to get “knocked out” which makes editing the data more difficult later on. During a seafloor mapping survey, the data come in much like a rough draft. All the raw files must then go through an initial editing or “cleaning”, as hydrographers call it.

Once back on land, the data must be processed beyond a preliminary cleaning. This process is much longer and can take several months, depending on the quality of your data and/or the complexity of the seafloor. During this time is where the mysteries of the ocean floor begin to reveal themselves. I think each hydrographer hopes to find something different whenever they go out on a cruise, from shipwrecks to underwater canyons, paleo-shorelines and coral reefs. All these things combine to become a love of exploration using hydrography to explore our Earth’s final frontier. 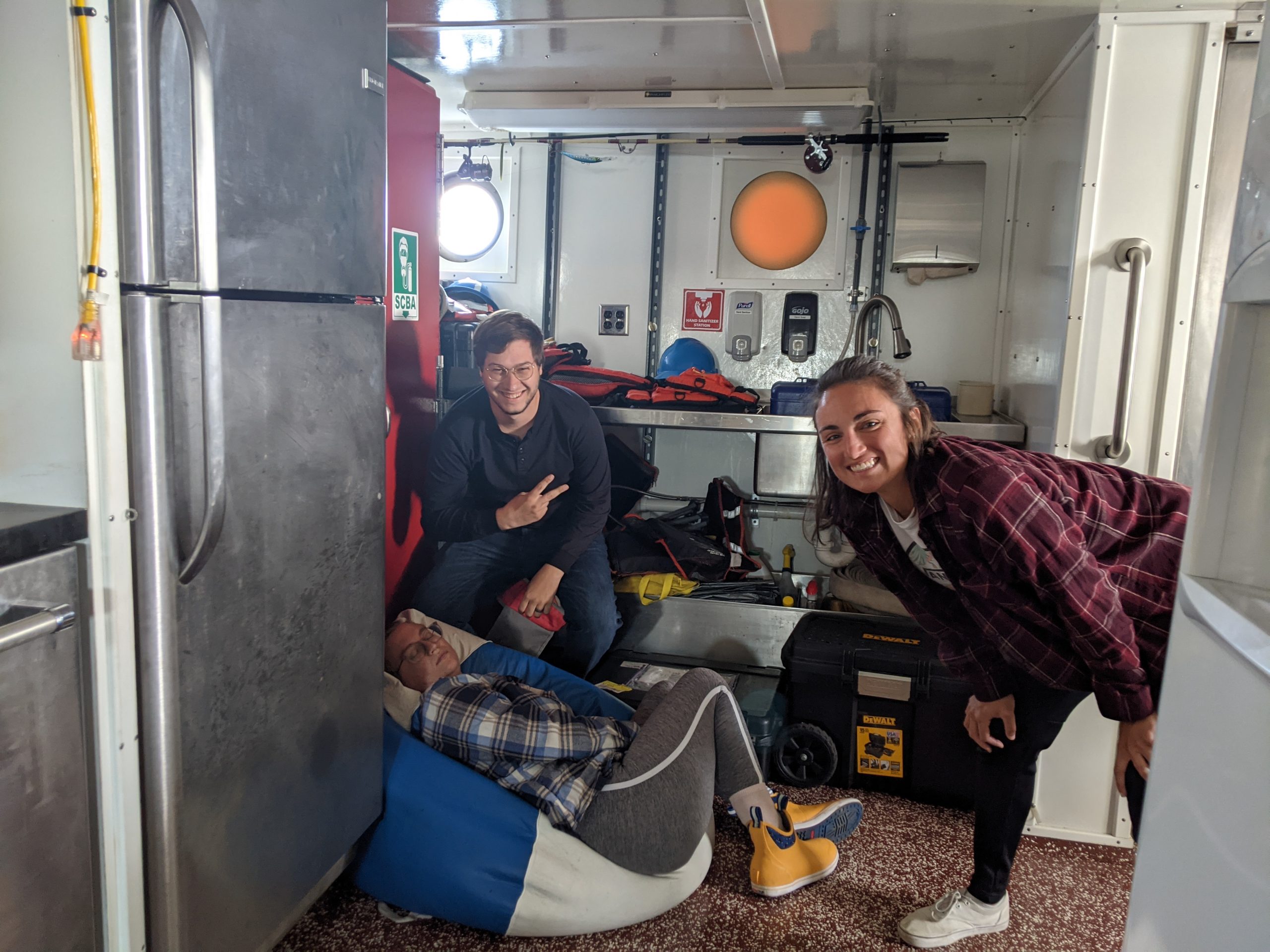 If you fall asleep in the lab, it’s fair game for pictures.

One of the unexpected things for me about my first cruise experience was that while you spend the majority of your day, working, eating, and trying to get some shut eye, there is a still some free time each day. It happened to work out for me that my free time was around sunset, which was spectacular each night. I am color-blind, and struggle to see the different shades of color depending on contexts. For example, there are only about 3 or 4 shades of each color for me, and when they are aligned next to each other it can be hard to differentiate. I took the time to explain this because the last sunset of the cruise was the clearest sky of the trip. Without the clouds and the pollution of a city, I was able to see all the colors of the sunset, perhaps for the first time in my life. This cruise will not be one I forget anytime soon! 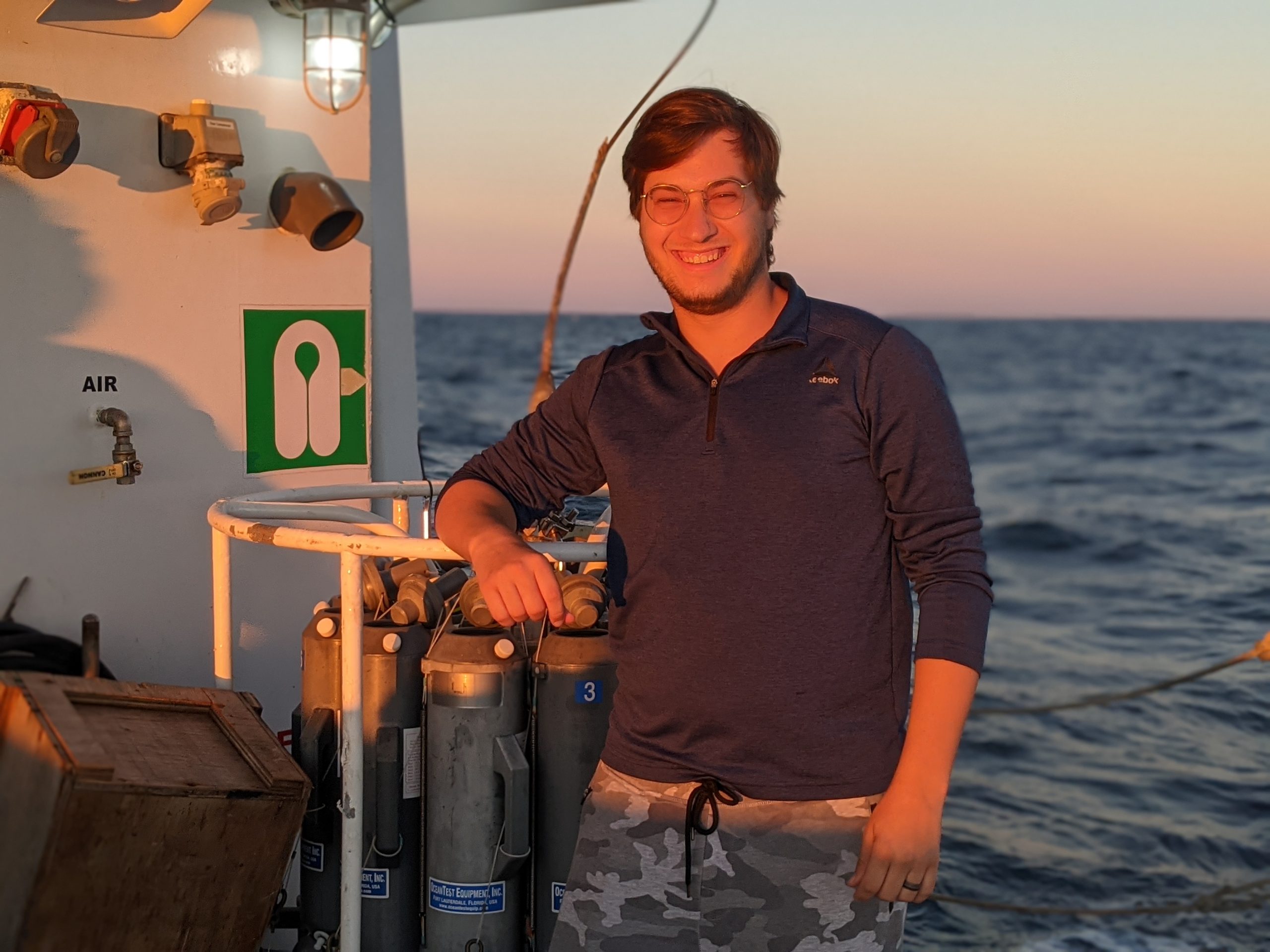