As we reflect on the research accomplishments over the past ten years of the C-IMAGE consortium, it is important to remember that the lives that have been lost, both on the rig and within our center. 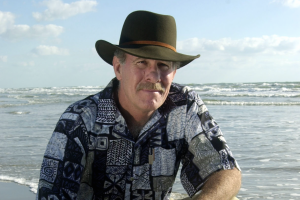 Wes had many roles during his illustrious career in marine research, focusing on Gulf of Mexico studies.  Working from his home institution at Texas A&M-Corpus Christi, Wes conducted wide-ranging and important studies of the natural history of the Gulf.  As a young researcher, Wes was literally on the spot of the Ixtoc 1 oil well blowout in 1979-1980 along the Campeche Coast of Mexico.  His studies located oil deposition centers along the Campeche, Veracruz  and Tabasco coasts, northward to south Texas.  He and his students and collaborators re-visited these locations over the next 30 years.  In 2016 the C-IMAGE-II consortium undertook the “Tunnel Trek” visiting these deposition locations to apply new methods for understanding oil weathering over a nearly 40 year interval.

Wes was a central figure in conceiving the “OneGulf” concept to encourage multinational research among scientists from Cuba, Mexico and the United States.  Without his enthusiasm, patience and sense of purpose, the international collaborations sponsored by GoMRI would not have occurred.  We are forever grateful to our friend and colleague for his humor, generosity, dedication and sage advice. 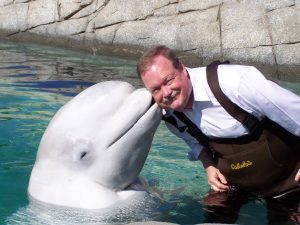 Dr. John Elliott Reynolds, III, was an icon in the world of marine mammal science and conservation. The volume and value of his science, and his rare ability to understand, inspire, and lead those around him will ensure his lasting legacy. At the very young age of 36, John was appointed by President George H.W. Bush as Chair of the U.S.  Marine Mammal Commission and was retained under Presidents Clinton, G.W. Bush and Obama.  He had a keen interest in helping to recover the health and integrity of Gulf of Mexico ecosystem after the Deepwater Horizon spill, using sound conservation decisions that came both from the head and the heart. John was the epitome of a “gentleman scholar” with his humor and gentle nature integrated with his incredible knowledge and experience.  The conservation world, and indeed the world in general, is a lesser place without him. 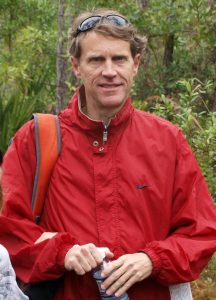 We also acknowledge our friend, mentor and colleague Benjamin (“Ben”) P. Flower.  Ben’s paleoceanographic research focused on the role of ocean circulation in past global climate change on decadal through orbital timescales. He was a pioneer in recognizing the value of pairing foraminifera to determine the past oxygen isotopic composition of seawater. Despite his propensity for sea-sickness, Ben participated in eight oceanographic research cruises, including expeditions in the Gulf of Mexico following the DWH oil spill. He was a key player in early work to assess the impact of the Deepwater Horizon oil spill on the sediments and deep-water communities of the West Florida Shelf and Slope.  He coined the terms “flocculent blizzard” and “dirty bathtub ring” referring to two mechanisms for oil residue sedimentation.  He also initiated a high-resolution sediment sampling approach, which proved to be essential for detecting the Deepwater Horizon in the sediments of the northern Gulf of Mexico.  Although his scientific accomplishments were substantial, Ben was also a loving and involved father and an accomplished athlete. He played tennis competitively at Brown, was an avid soccer and ultimate Frisbee player and was a member of the National Champion Santa Barbara Condors ultimate team. In ultimate, players are responsible for playing fairly, refereeing themselves, and upholding the “Spirit of the Game.” Ben was a special person: kind, caring, hardworking, honest, and dedicated to his family, friends, and colleagues. In Ben’s personal and professional life, he truly embodied the “Spirit of the Game.”

Wes, John and Ben were ardent scientists with a passion for the natural world.  Their contributions to GoMRI and C-IMAGE and to science and society were significant and long-lasting.  They will be missed.

Jason Anderson, 35, Midfield, Texas.
In the working field of construction, Anderson made his way up to the position of senior tool pusher. He was supposed to be transferred to another rig, but went out to the Deepwater Horizon to train his replacement the day of the explosion. Thirty-five years old, he was hours away from leaving the rig for a new assignment.  With his wife, Shelly, he had a son and a daughter.

Known to friends and family as “Big D” or simple “Bubba,” Burkeen’s favorite television show was “Man vs. Wild,” about people dropped into the wilderness. Burkeen held the position of crane operator on the Deepwater Horizon and had worked for Transocean for a decade before the disaster. He left behind a wife, Rhonda, and two children.

Sheila Clark says her late husband liked his job as an assistant driller on the Deepwater Horizon. They were married for 20 years and had four children. But the avid fisherman and family man “never really enjoyed leaving home.”

An assistant driller on the Deepwater Horizon, Curtis followed in The footsteps of his father, who was a diver-welder. At the time of his death, the son had been in the oil industry 17 years. The Marine veteran was a member of the Georgetown Volunteer Fire Department and had also served as an officer with the Grant Parish police department. He left behind a wife, Nancy, son and a daughter, Kala, who had given him his first grandchild shortly before the explosion.

A drilling fluids specialist for M-I SWACO, the Louisiana State University graduate had hung up after talking with his wife, Michelle, just 10 minutes before the rig exploded. It was three days shy of their sixth wedding anniversary.

Baptized in a Colorado creek during a youth trip, faith was central to Wyatt Kemp’s life. Out in the Gulf, he would listen to sermons that a friend had loaded onto his MP3 player. In the weeks leading up to the disaster, Kemp hinted to his wife, Courtney, that there were problems on the rig. He started planning his funeral, asking his wife to bury him with photos of their two girls, Kaylee and Maddison.

The Baton Rouge native served in the Army during Operation Desert Storm and had worked for Transocean for 10 years. He was a floor hand at the time of the disaster. The beefy, red-bearded Kleppinger was a NASCAR fan and loved cooking barbecue. He and his wife, Tracy, adopted a number of animals from the Natchez Humane Society, and the family asked that donations be made to that organization in his honor. Kleppinger left behind a son, Aaron.

Known on the rigs as Papa Bear, Manuel’s hunting buddies called him “Gros Bebe” — or “big baby.” A senior drilling fluids specialist, the goateed Manuel worked for Houston-based M-I SWACO, which supplied materials to the Deepwater Horizon. The father of three grown daughters was planning to marry his fiance when he was killed.

Revette had been a driller with Transocean for 29 years. He was the chief driller on April 20, 2010, and was reportedly arguing with one of the BP supervisors now facing manslaughter charges in the disaster. A “nut for Jeeps,” according to The New York Times, Revette left behind his wife of 26 years, Sherri, and two adult daughters. Two grandsons born since the disaster are named for him.

Roshto was studying to be a medical radiologist. When he found out he was going to have a son, he quit school, applied to go offshore and landed an ordinary seaman’s position on the Deepwater Horizon. Over the next four years, Roshto would work his way up the ladder to lead roughneck. But he never forgot the real reasons he was out there. Embedded in his wedding band was a strand of steel cable, the same kind used on the rigs. Written in Wite-Out under the brim of his blue hard hat were two dates: His and Natalie’s anniversary, and their son Blaine’s birthday.

Weise was so proud of the little house he’d bought in Yorktown, Texas, that he didn’t mind the 10-hour drive every three weeks to get back to work on the rig. His other prize possession: A black, four-wheel-drive diesel pickup truck he’d dubbed “The Big Nasty.” He went offshore not long after graduation in 2005 and was a floor hand aboard the Deepwater Horizon at the time of the disaster.