The Loop is a series of podcasts which take an in depth look at C-IMAGE research. Partnering with Mind Open Media reporters Ari Daniel Shapiro and David Levin, our researchers share the importance of their studies and how they help our understanding of oil spills. David and Ari have produced eight podcasts and have more in the queue.  The podcasts are linked below.  Plug in and learn about our research!

Download our free podcast series on iTunes | Listen on Soundcloud

For the past seven years, we’ve covered the work of scientists studying the aftermath of the 2011 deep water horizon oil spill, and today we’ve reached the end of the road.
The research is winding down and this is our last podcast with C-IMAGE!

At the bottom of the Gulf of Mexico, some truly bizarre ecosystems are hiding in the darkness among the asphalt volcanoes and supporting huge colonies of unique life. C-IMAGE has been analyzing these ecosystems and reveals that if chemosynthetic communities are harmed, it could affect other environments as well. The microbes that power those communities don’t just eat chemicals in oil or asphalt—they also eat up a lot of free-floating carbon that would otherwise escape to the rest of the ocean… and eventually, get into the atmosphere, adding to global climate change.

Understanding the long-term effects of arctic spills like this one could be even more urgent now than ever, as oil exploration makes its way to the North Slope of Alaska (including inside the Arctic National Wildlife Refuge). C-IMAGE has developed a computer model of the entire Gulf ecosystem, so they could test how future spills would affect the region. And now, they’re applying those tools farther north.

Episode 13: For a few dollars more: costs and ecosystem services after spills

Ecosystem services are benefits the environment provides to humans. Oil spills harm the environment and these services, like preventing marshlands from naturally dispersing storm surges. Measuring the cost of these services, economists are polling households asking how much someone would pay to prevent a spill or keep their marshlands protected. These estimates should be considered a factor when assessing the full economic damage of a spill, and how much someone is willing to pay to prevent them in the future.

David Levin sits down with David Yoskowitz from the Harte Research Institute of Gulf of Mexico Studies at Texas A&M-Corpus Christi to discuss the economics behind oil spill response and recovery. When oil spills are assessed through an economic viewpoint, both environmental and human impacts must be considered to provide a full picture.

When research and industry can communicate effectively when responding to an oil spill, both the environment and oil industry benefit from shared knowledge and new technologies.

In February 2018, a pair of unrelated science conferences were hosted in New Orleans, LA during the same week: Underwater Intervention, and the Gulf of Mexico Oil Spill and Ecosystem Sciences Conference. This coincidence provided the opportunity for a Marine Technology Society TechSurge workshop to bring engineers and oil spill researchers together to discuss common problems and future efforts between the groups. The podcast gathers the perspectives of Andrew Ziegwied (ASV Global), Rick Spinrad (Oregon State University), and Susan Roberts (Ocean Studies Board Director) to see what these parallel communities can learn from one another when the next oil spill occurs.

Episode 10: The Risks for Fish

What happened to the fish in the days and weeks after the Deepwater Horizon oil spill? With a suite of exposure studies, C-IMAGE researchers are monitoring fish health after oil exposure in order to find out. Dr. Dana Wetzel and Kevan Main of Mote Marine Laboratory give fish a small does of oil through either their food, water, or the sea floor sediments, then analyze how their bodies recover.

Listen to learn how scientists reanalyzed remotely sensed data taken in the late 1970s to study the Ixtoc 1 oil spill. Dr. Chuanmin Hu and his graduate student Shaojie Sun use the Landsat and Coastal Zone Color Scanner (CZCS) data to develop “treasure maps” of oil from the IXTOC-1 spill to steer field studies. Listen in to find out how they did it.

Episode 8: In the Mud in Mexico

“We were of the mind that with studying the Deepwater Horizon in the northern Gulf we weren’t getting a full Gulf of Mexico perspective.” Geochemist David Hollander is travelling with an international team of scientists aboard a Mexican research vessel. Over the last few years, his team has studied the effects of the 2010 Deepwater Horizon spill. But today, they’re looking back at a spill that happened 35 years ago and what they learn on this trip might help them understand the future of the Gulf. Mind Open Media producer David Levin talks to David Hollander, Joel Ortega Ortiz, Isabel Romero, Adriana Gaytán-Caballero, and Travis Washburn about their experiences on the RV Justo Sierra in the southern Gulf of Mexico during the research on the Ixtoc spill.

The Deepwater Horizon oil spill happened just a few years ago, but it might be possible to predict its impact on the Gulf by studying another major spill, one that happened in 1979. “These are two of the largest spills in the world’s history as far as blowouts go and they were both in the Gulf of Mexico”. Wes Tunnell is a marine biologist who is looking at the aftermath of both spills. It’s almost like his looking at the same crime scene, separated by more than three decades. How? Give a listen. Mind Open Media producer David Levin talks to Wes Tunnell and John Farrington about their experiences during the 1979 Ixtoc spill and the applications to new blowouts thirty years later.

C-IMAGE scientists want to know more about how oil-eating microorganisms behave in the cold deep ocean to learn more about what happened to the oil from the Deepwater Horizon blowout. High pressure experiments underway at our high pressure facility at the Hamburg University of Technology focus on how these microbes use oil and what happens to them in the process. Results from these studies may lead to a new way to clean up spills by eliminating its most poisonous ingredients.

Episode 5: The Pressure is On!

Mind Open Media’s David Levin talks with C-IMAGE PI Steven Murawski and scientists from the Technical University of Hamburg at Harburg Michael Schluter and Karen Malone about their high pressure experiments ongoing at their facilities. They are looking at oil and gas droplets under high pressure to learn more about the Deepwater Horizon oil spill.

Episode 4: Fitting the Gulf of Mexico inside a computer: how to build an ecosystem model

Episode 3: The “not-so-visible” impacts of the Deepwater Horizon oil spill on the Gulf of Mexico

Three years after the BP oil well disaster, scientists are struggling to understand the effects on the Gulf ecosystem. From Mind Open Media, David Levin reports on the oil’s impact on the tiny creatures that form the base of the food chain.

Episode 2: The Mud and the Blood

C-IMAGE PI’s Steven Murawski and David Hollander on board the R/V Weatherbird II in August of 2012 talking to David Levin about looking for impacts of the Deepwater Horizon spill on the mud and the fish in the Gulf of Mexico.

C-IMAGE PI Dr. Steven Murawski talks to David Levin about the research goals of our center and the importance of integration when tackling large scale impacts.

An interactive website exploring the DWH and Ixtoc oil spills, as well as others, in the Gulf of Mexico and beyond.

Mind Open Media reporter David Levin sits down with C-IMAGE co-PI Dr. Dana Wetzel to learn more about her research interests and her motivation for her studies.  Dana is a senior scientist at Mote Marine Laboratory in the Environmental Laboratory Forensics Program.  Her laboratory detects oil compounds, analyzes fatty acids for health and feeding ecology studies and develops biomarkers for effects of stressors, both chemical and non-chemical, on marine organisms.  Immune function, fertility potential and DNA damage are currently some of the biomarkers that they use to help answer questions about the status of the environment.

By using cutting-edge technology to detect trace levels of persistent organic contaminants, she can evaluate possible effects toxic substances have on marine life — from low-level chronic exposures that could hinder reproduction and development, to acute exposures leading to immediate illness and death.

Mind Open Media reporter David Levin sits down with C-IMAGE post-doc Patrick Schwing from the University of South Florida.  Dr. Schwing studies benthic foraminifera from the Gulf of Mexico and uses these single-celled organisms to tell us something about the health of the seafloor.

When he’s not looking at sediments, Patrick likes to retreat to his St. Pete oasis where he can be found home-brewing some great refreshments or laying down some beats.

Mind Open Media is a team of radio and multimedia producers who work with scientists to tell stories that break into their labs and lives.  Their stories engage the scientific, personal, social, and political drama that is the making of science.  C-IMAGE is lucky to have them as a resource to package our oil spill impact and resiliency stories into short podcasts to engage listenership of all backgrounds and ages. 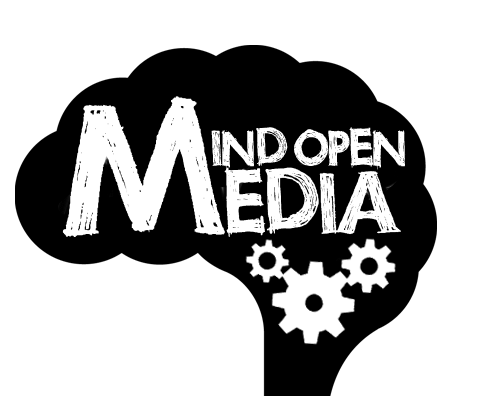 Who is Mind Open Media?

Ari Daniel Shapiro received his PhD in biological oceanography in 2008 from MIT and the Woods Hole Oceanographic Institution before becoming an independent radio and multimedia producer. He tells stories about science and the environment on air and online, and his work has appeared on NPR, The World, and Radiolab among other outlets. Shapiro produced a podcast as part of an NSF-funded grant called Ocean Gazing about the use of real-time ocean data to understand the biology, chemistry and physics of our seas.

Emily Corwin is an independent radio producer in Boston, MA. She is Assistant Programmer of Public Radio Remix, and Host and Producer of Youthcast, a youth-radio podcast featuring radio by young people. She studied cello and music composition at the California Institute of the Arts.

David Levin is a freelance science and technology journalist based in Boston. His current clients include C-IMAGE, Tufts University, Harvard School of Public Health, Woods Hole Oceanographic Institution (WHOI), Pellet Productions, and Humongous Media, among others. Prior to freelancing, he spent seven years as an editor/producer for NOVA Online, the companion site to the PBS science series. In addition to creating audio features, blog posts, and interactive pieces for the NOVA site, he played a key role in pushing NOVA towards transmedia science journalism. Before NOVA, he worked in both radio and print journalism, contributing to NPR’s All Songs Considered (online), All Things Considered, The Connection, PRI’s American Routes, Harvard Health Publications, Citysearch.com, and Boston’s Weekly Dig.

Sarah P. Reynolds is an independent radio and multimedia producer. She has produced radio about scientists for the National Science Foundation-sponsored “Science Minutes” with Atlantic Public Media and has photographed them at work for Oceanus Magazine. She produces and reports for NPR and has worked with WNYC in New York City and other public radio stations around the country to put stories on air and online. Reynolds also works with non-profit organizations to improve their messaging through multimedia storytelling.

Pien Huang is a producer for NPR’s On Point with Tom Ashbrook. Prior to On Point, she spent a year on the Trustman Fellowship for Purposeful Travel as a field assistant for archaeologists, biologists and oceanographers around the world. She has a degree in Environmental Science and Public Policy from Harvard University.

Josh Kurz is an independent filmmaker and science contributor for NPR. He has explored various topics from the physiological reasons behind cilantro aversion to the quest for methane-less cows. He has also created engaging and unconventional explanatory pieces for ABC Nightline on cloning, and for WGBH on the economics of voting.