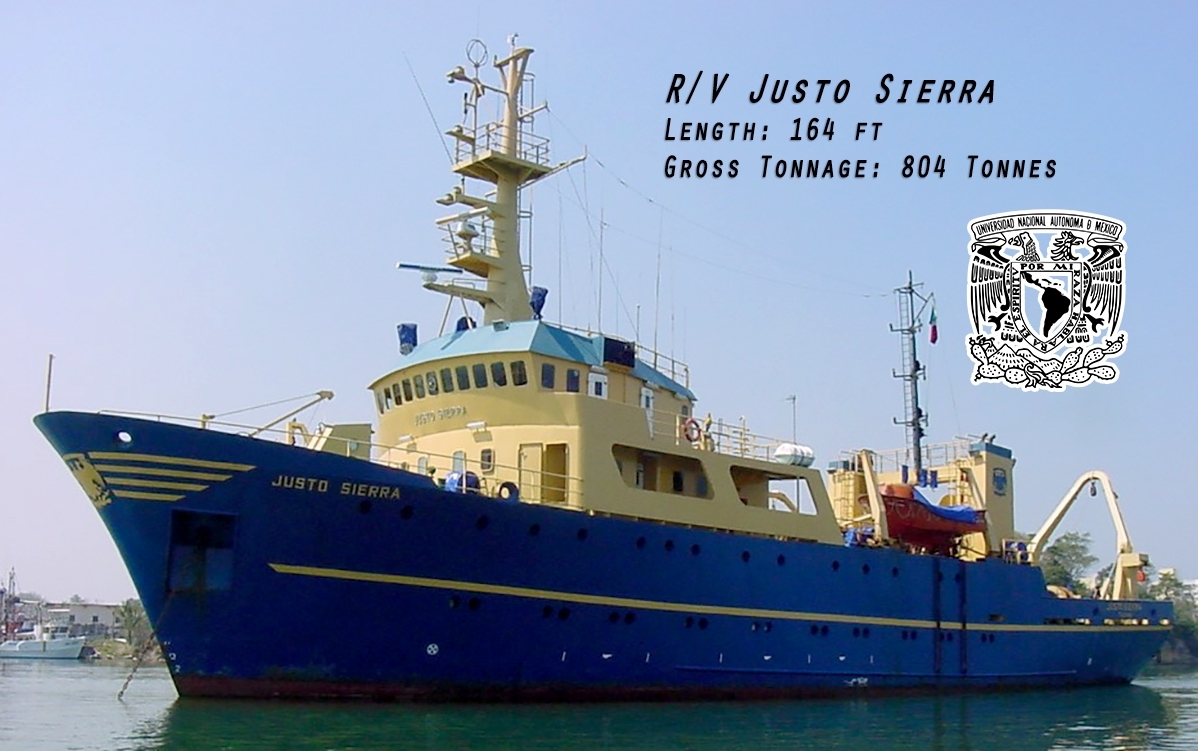 Researchers from the Center for Integrated Modeling and Analysis of the Gulf Ecosystem (C-IMAGE) are setting off on a cruise to collect sediment and water samples in areas affected by the IXTOC-I spill. The cruise marks the first time since these studies have been performed in over three decades.

C-IMAGE researchers will compare impacts of the IXTOC-I blowout to those of the Deepwater Horizon event. Preliminary studies of sediment cores from the IXTOC site provide evidence of a similar fate of oil between both gulf spills.

A combination of sediment cores and water samples will be used to study oil abundance, spatial distribution and fate, micro and macrofauna within the sediment – including foraminfera and burrowing worms, water column hydrology, and organic and radiochemistry changes as oils degrade in sediments. Water column hydrology will be collected using a CTD (Conductivity, Temperature, Depth) and a multi-sampler. The combination of sediment samples and water column data provides researchers with a holistic analysis from the sea surface to the seafloor.

Cores from the IXTOC site “will help us characterize the long-term sedimentary record of the IXTOC event […] which will provide an analogous forecast for the Northern Gulf of Mexico, 30-40 years after the Deepwater Horizon event,” says Dr. Patrick Schwing, the chief scientist on the upcoming cruise. Essentially, the scientists are looking for a timeline for the Northern Gulf of Mexico’s recovery.

The cruise will mark the addition of Universidad Nacional Autónoma de México (UNAM) to the C-IMAGE consortium.

It will be the first time many of the cruise members have done research in Mexico. “I can’t wait to travel to a country I’ve never visited before and meet other students and professors who share similar passions that I do,” says Devon Firesinger, a master’s student at USF’s College of Marine Science.

Dr. Schwing is also looking forward to practicing his Spanish. Overall, the scientists are excited to see what the largely unexplored IXTOC site holds in store. Travis Washburn, a PhD student from Texas A&M Corpus Christi, hopes that “we can limit the damage of future oil spills with the knowledge we get from this cruise.”

The scientists will be on the R/V Justo Sierra for 13 days, leaving from and returning to Tuxpan, Mexico. Mind Open Media reporters Ari Daniel Shapiro and David Levin will use audio collected on board for a second round of podcasts about C-IMAGE research. They hope to capture the researcher’s excitement as well as their many discussions and discoveries aboard the Justo Sierra.

Stay tuned to our twitter and facebook for more information regarding the Mud & Blood Cruises this Summer.