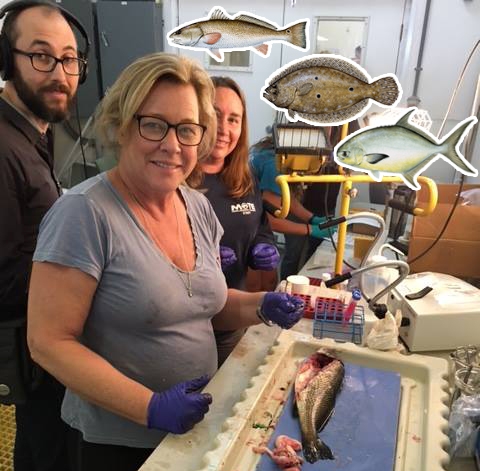 Mind Open Media producer David Levin talks to Dana Wetzel, Matt Resley, and Kevan Main about the risks fish have during oil spills and how this knowledge can assist response decisions. 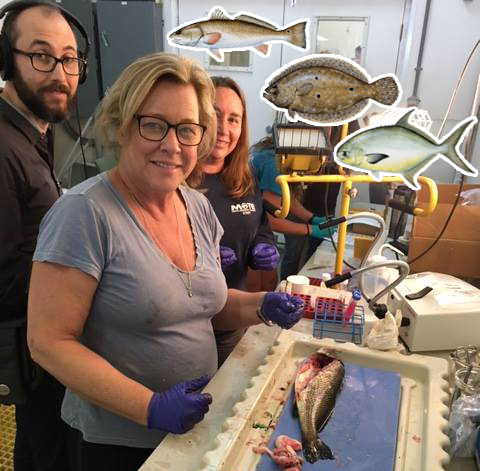 The podcast series, The Loop, released a new episode titled “The Risks for Fish” exploring a suite of oil exposure tests performed by scientists from the Center for Integrated Modeling and Analysis of Gulf Ecosystems (C-IMAGE) and Gulf of Mexico Research Initiative (GoMRI). Scientists from around the Gulf of Mexico are studying the impacts of oil spills on fish in a state-of-the-art facility at the Mote Marine Laboratory.

Scientists from the Mote Marine Laboratory, University of South Florida – College of Marine Science, and Harte Research Institute are mixing BP oil through three different exposure scenarios to measure the risks that oil has on fish health. The fish they study – Florida pompano, southern flounder, and red drum – each represent a different lifestyle for Gulf fishes: open ocean, bottom dwelling, and a mix of both, respectively. The studies aim to determine what happens to fish in the wild in the days and weeks after an oil spill.

In large above-ground tanks, fish get a dosage regime of oil through the food they eat, the waters in which they swim, or the seafloor sediments on which they live. After designated periods, fish are dissected and analyzed by research labs around the Gulf. Muscle, liver, bile, scale swabs, and heart samples study the physiological, genetic, and microbial communities following oil exposure.

Tucked away off a country road east of Sarasota, Florida, between cow pastures and citrus groves, the Mote Aquaculture Park (MAP) acts as an on-land ocean, housing a variety of aquaculture studies, including the oil exposure trials.

Since 2015, upgrades and redesigns of the MAP facilities have accommodated the variety of fish exposure studies. Of these improvements, a water filtration and recirculation system provided by Complete Water Services gives researchers the ability to test these oil impacts on fish.

Dr. Kevan Main is the director of the Mote Aquaculture Park, keeping the fish alive while the oil takes affect. Main is interested in how well fish reproduce after their exposure with oil.

“What we don’t know is what is the effect on the next generation, and what are the long-term impacts of those individuals off into the future,” Main says in the podcast. Studies planned for 2017 include a second-generation study to understand how offspring of exposed fish respond to another simulated oil spill.

The Loop is an ongoing podcast series about oil spill research from the C-IMAGE consortium. Reporter David Levin travels with researchers into the field and into their labs to provide an in-depth look at their science, producing 10-minute stories about oil spills. The other podcasts can be found on our Media Products page.

This research is made possible by a grant from the Gulf of Mexico Research Initiative. GoMRI was founded in the months following the Deepwater Horizon oil spill when BP allotted $500 million for the next decade of Gulf research. The C-IMAGE consortium is one of twelve GoMRI-funded centers studying the outcomes of the oil spill.