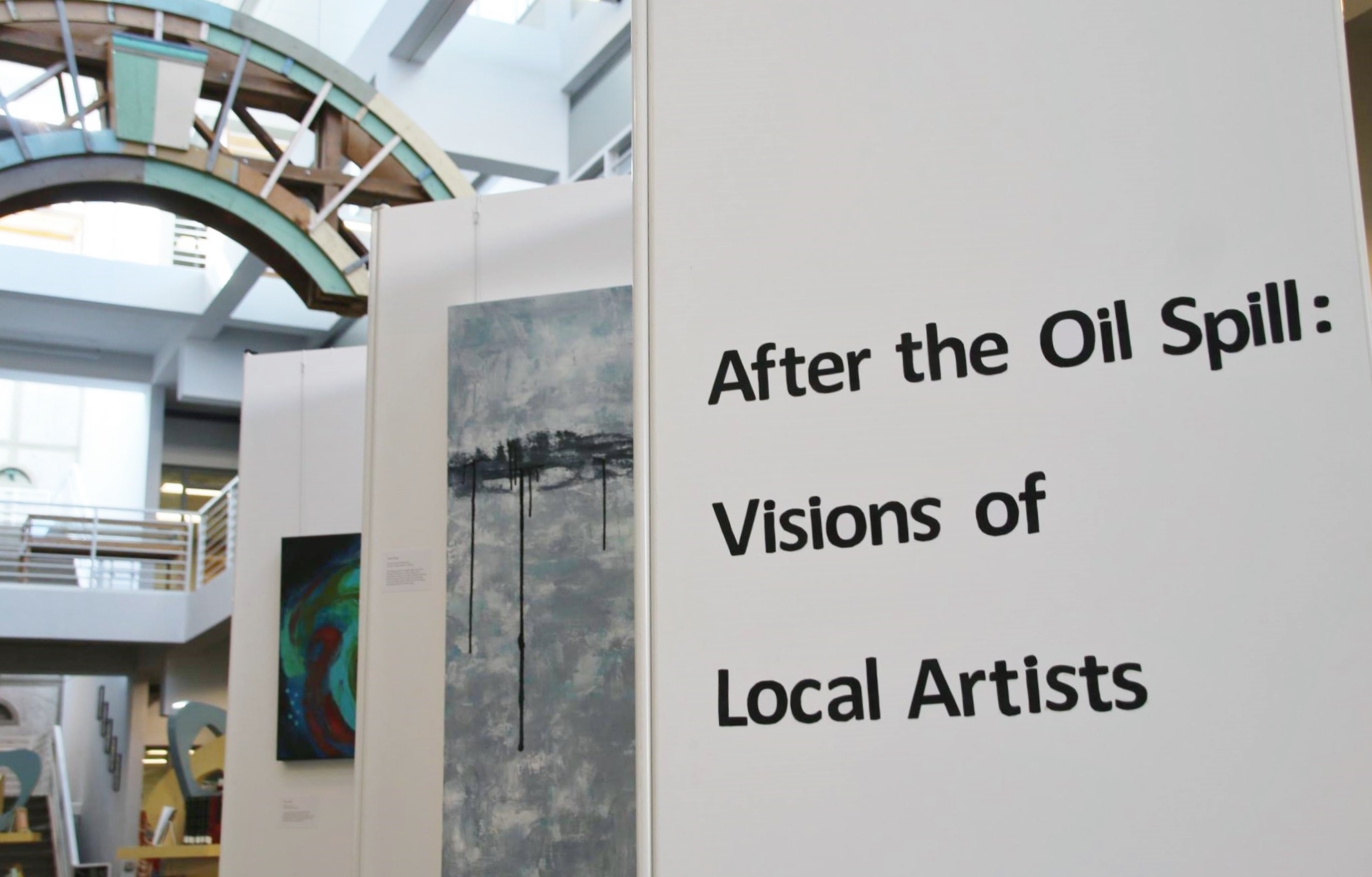 As part of the synthesis efforts of the C-IMAGE consortium, a two volume book series was generated about findings from the decade of GoMRI and C-IMAGE research. The books were separated into 14 sections addressing common themes covering the research on the Gulf of Mexico. To represent the scientific research, three Tampa Bay artists were commissioned to create ten pieces to grace the title page of each of the books’ sections.

As part of the ninth anniversary of the 2010 Deepwater Horizon oil spill, the original pieces were placed on display at the Nelson Poynter Memorial Library at USFSP in St. Petersburg, FL. The exhibit Remember the Horizon: How USF research set a standard after the 2010 Gulf oil spill combines these original pieces with deep-sea photographs taken during DEEPEND consortium cruises. Throughout the summer of 2019, this exhibit will display how scientists from St. Petersburg explored and explained the Gulf of Mexico and the environmental impacts after the 2010 oil spill. The exhibit connects science and art, representing major findings through artwork from local artists and detailed photographs of mysterious deep-sea species. 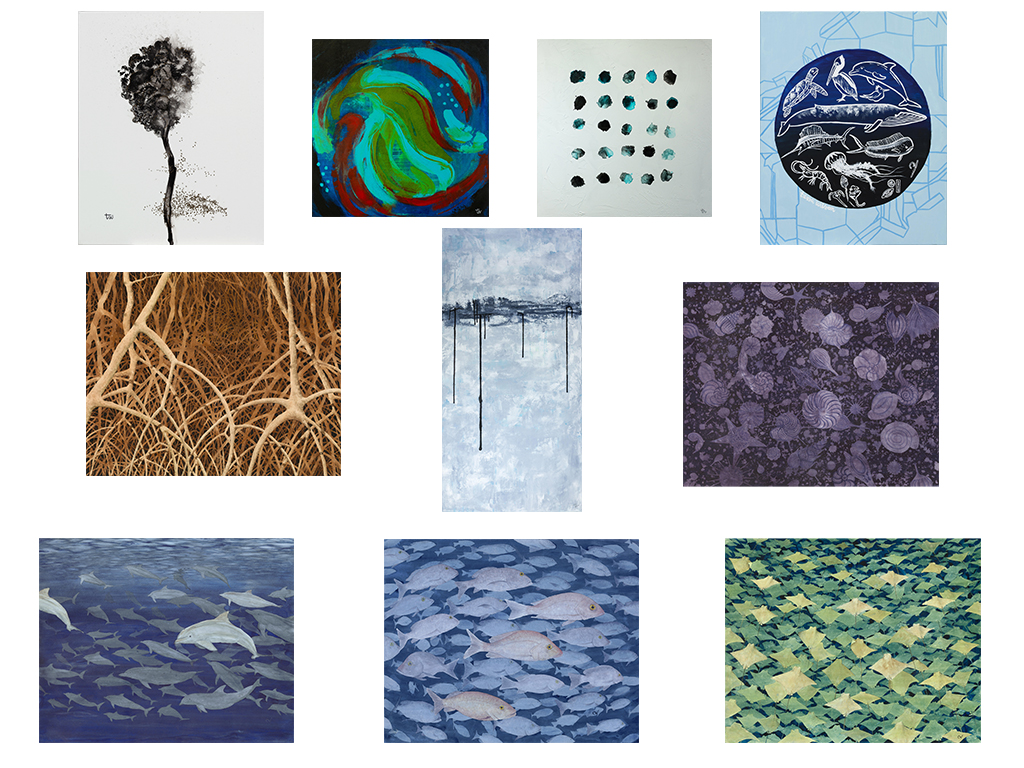