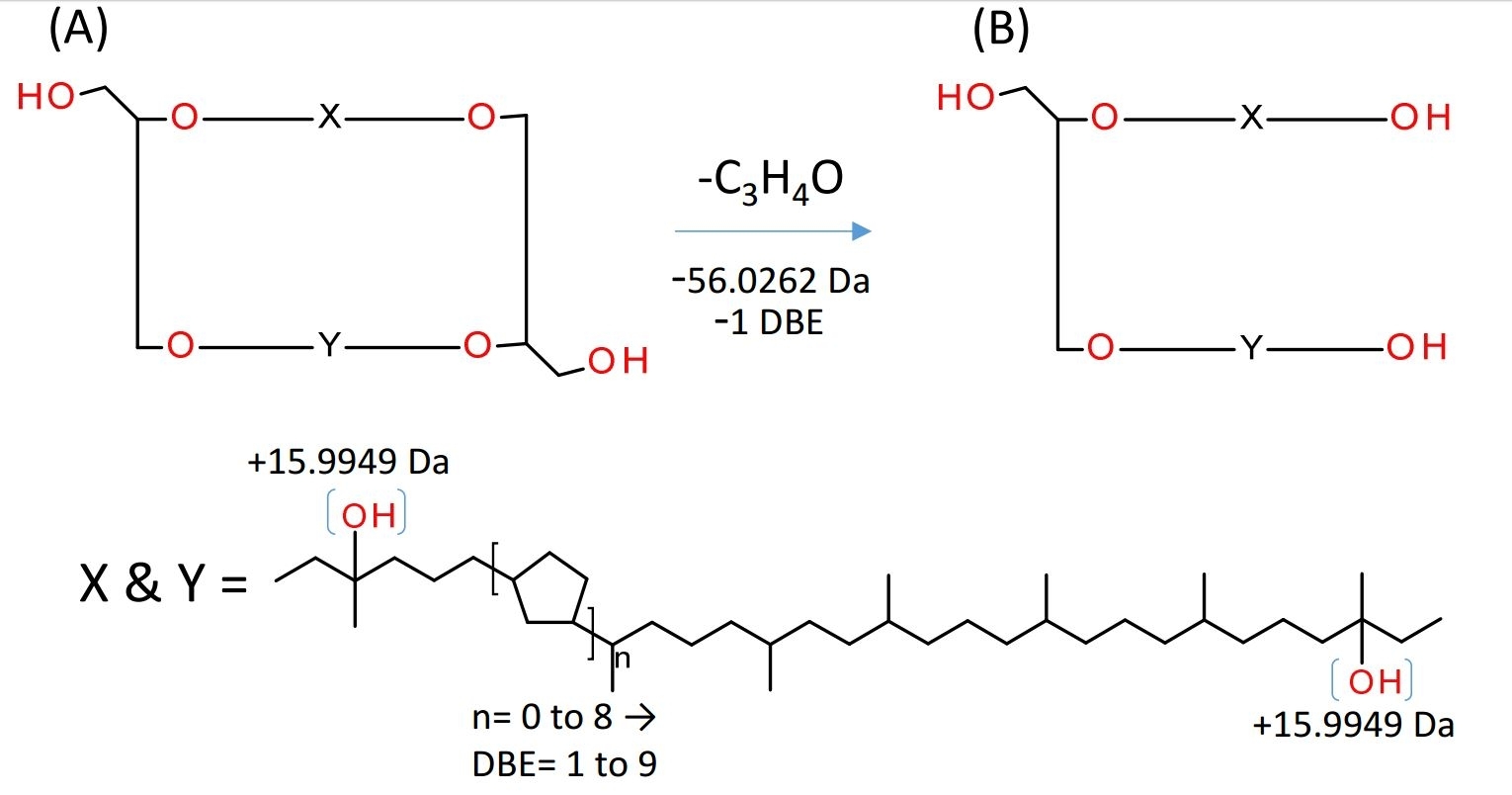 A newly utilized mass spectrometry method, FTICR-MS, gives researchers the ability to screen lipid biomarkers found in sediments at a faster rate than before. A new publication from the University of Calgary-Department of Geosciences and C-IMAGE members details the possible use of this new method.

Many of the molecular proxies commonly used for paleoenvironmental reconstruction are focused on a limited set of glycerol ether lipids, mainly due to the lack of more comprehensive analytical methods and instrumentation able to deal with a more diverse range of species. In this study, we describe an FTICR-MS based method, for rapid, non-targeted screening of ether lipid biomarkers in recent marine sediments. This method involves simplified sample preparation, and enables rapid identification of known, and novel ether lipid species. Using this method we were able to identify complete series of core glycerol dialkyl glycerol tetraethers (GDGTs with 0 to 8 alicyclic rings), including the complete resolution of GDGT-4, and the unexpected detection of GDGTs with more than 5 rings, in sediments from mesophilic marine environments (sea surface temperature, SST, of 24–25 °C). Additionally, mono- and dihydroxy-GDGT analogs (including novel species with >2 rings), as well as glycerol dialkanol diethers, GDDs (including novel species with >5 rings) were detected. Finally, we putatively identified other, previously unreported groups of glycerol ether lipid species. Adequacy of the APPI-P FTICR-MS data for the determination of commonly used GDGT-based proxy indices was demonstrated. The results of this study show great potential for the use of FTICR-MS as both a rapid method for determining existing proxy indices and perhaps more importantly, as a tool for the early detection of possible new biomarkers and proxies that may establish novel geochemical relationships between archaeal ether lipids and key environmental, energy and climate related system variables.