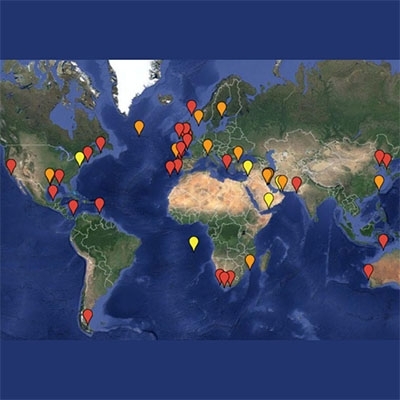 A recent publication from Wageningen University in the Netherlands performed a meta-analysis of large oil spills to determine if a MOSSFA brought oil to the sea floor in other oil spills.

During Deepwater Horizon, 9.1% of oil from the well head settled on the ocean floor and was in constant contact with sediments. This roughly 10% made it to the seafloor was through mucus-rich marine snow sinking to the seafloor and collecting oil droplets and clay materials during its descent. When this marine snow carries oil to the seafloor it is known as a MOSSFA event (Marine Oil Snow Sedimentation and Flocculent Accumulation).

This paper analyzed data from 52 other oil spills to see if a MOSSFA would have occurred in other spills using these conditions: dispersant application, clay materials in the water (originating from the seafloor), and presence of mucus-like substances from oil-degrading bacteria and phytoplankton.

Using the Deepwater Horizon and Ixtoc-I events as a baseline for MOSSFA conditions, the authors estimate a MOSSFA in 15 of 52 studied spills

The authors recommend MOSSFA be considered in the overall environmental efforts following a spill. Does oil on the seafloor contribute to similar habitat loss as oil on coastlines?

The full article is available at the link below: