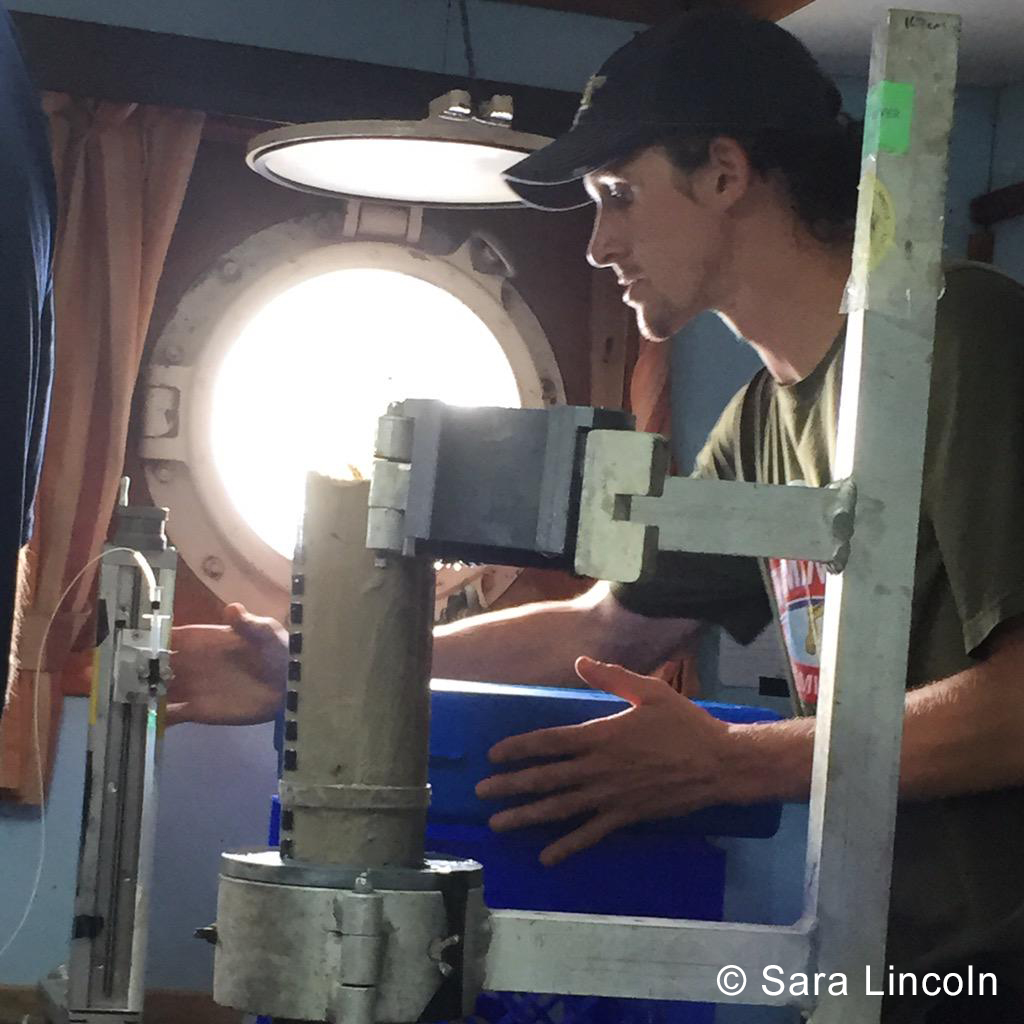 Will is a PhD student at the School of Biological Sciences at Georgia Tech in Joel Kostka’s lab. He is interested in how the Deepwater Horizon oil spill affected environmental microorganisms, and the possible mechanisms by which the microbial community aided in removing contaminating oil.  The combination of field and lab work makes him our C-IMAGE student of the Month for September 2016. We asked Will some questions so we can get to know him and his research better.

What path did you take to make it to where you are now? Bachelor’s degree, internship experience, working experience and what initially interested you in working with your GaTech colleagues?

From a “birds-eye-view” my path to Georgia Tech and C-IMAGE seems rather straight forward. I have been fascinated with nature and the environment from a young age, and I was an avid birder by the time I was 8 years old. My father is an Entomologist and with a trusty butterfly net we collected, grouped, and displayed insects from every camping trip and walk that we would take. My mother was trained as a toxicologist / immunologist so I was also widely exposed to the names and effects of common household chemicals as well as diseases and their agents. I was fascinated by the enormous diversity of life and would pester my parents with questions of “Why?”, “Why does the male widowbird have so many colors and such a long tail while the females are a drab brown?”, “Why do you have different eagles in forests vs. savannahs, and why are the savannah eagles so much bigger?”

However, after high school I had set my sights on vet school since I recognized that helping animals would be a very rewarding career and the freedom to practice almost anywhere was very attractive. That would all change when I started a summer research program with Dr. Joel Kostka as a rising junior at Florida State University. I was working on a project studying bacteria that can respire or breathe uranium and in doing so lock the radionuclide in the sediment – preventing it from migrating out of the local site. I was hooked, and I continued working on this project for the duration of my undergraduate studies at Florida. I was captured by hypothesis driven science and awed by the creativity necessary to design elegant experiments to address research questions. I graduated in the Spring of 2010, only a month or so after the Deepwater Horizon disaster. During this period I was applying for the Peace Corps, which on average took 8 months to 1 year to be placed. Dr. Kostka agreed to hire me on as a laboratory technician to start work immediately on monitoring oil that washed onto Florida’s beaches.

Working closely with Dr. Markus Huettel’s group at FSU, we monitored Pensacola Beach starting from June 2010 when oil was first washing onshore through April 2011. We closely coupled the chemical changes of the oil with the bacteria that responded and were eating or processing the oil compounds, and published a research article of our findings in the Journal of Applied and Environmental Microbiology (Kostka et al., 2011). The research team continued following the recovery of Florida’s beaches for the following years while I moved to Malawi to start my Peace Corps service as a high school teacher. 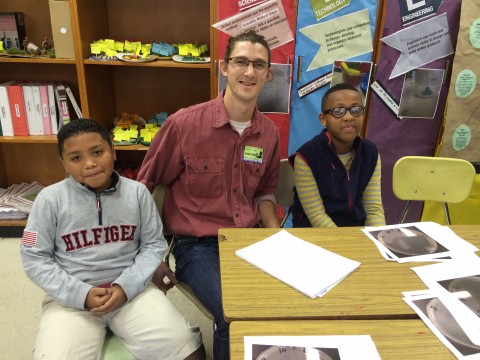 When I returned to the USA, Dr. Kostka invited me to apply to the Georgia Institute of Technology which gave me the opportunity to continue the fascinating study on the microbiological response to the Deepwater Horizon blowout. In addition, Georgia Tech was an excellent choice for my personal growth as a researcher due to its high quality Bioinformatics program. This program focuses on blending biology with computer science and mathematics. While at FSU, I had recognized how large our datasets were getting with the advent of high-throughput sequencing approaches and the necessity of being able to more fully utilize computing power to address our questions and analyze our data. During the first year I was awarded a National Science Foundation Graduate Research fellowship that supported my research, and collaborated closely with both Deep-C and C-IMAGE research consortia too address oil effects on benthic and coastal ecosystems.

What is your research focused on, how will your results contribute to improve understanding of oil spills? (What are your research questions?)

The primary thrust of my research has been directed at how indigenous bacteria respond to oil in their environments. I started out studying the response of beach sand bacterial populations to contaminating oil, with my primary objectives examining the initial populations that increased in abundance with oil, and following the succession of bacterial populations. Working with Dr. Markus Huettel, I focused on which oil compounds bacteria groups were eating and/or processing, and how long these hydrocarbons would persist in the environment. This work has been followed up with looking at how bacteria alter the toxicity of both crude oil and COREXIT dispersed oil to model organisms, as well as looking at which bacterial genes contribute to the degradation of oil.

The next major focus on my research has been examining the impacts of MOSSFA (the deposition of oiled marine snow on the seafloor) to benthic microbial communities and microbial community processes. We sampled across the Gulf of Mexico (both Northern and Southern regions) in areas suspected of impact and control samples. Using our results we have constructed a model to predict the types and abundances of “baseline” microbial communities, and use this model to hindcast the degree of impact.

The final portion of my work has centered on bringing the environment back into the lab to better test hypotheses we generated. Using sophisticated “chambers’ that simulate shallow coastal sands, I have been studying the microbial response to weathered oil under highly controlled conditions in much higher resolution than was possible in the field. I hope to address which microbial populations are susceptible to oil toxicity, what biosignatures can we look for that indicate bacteria are being killed by oil, what mechanisms oil-eating bacteria use to grow on oil and how do they interact with the oil and each other. One of our strangest observations in the field was that bacterial populations can change dramatically, but the total sum of the processes the community is capable of carrying out do not change. Under these lab conditions we can test if this is true and that communities are functionally redundant, or if the changes in community structure alter the actual ecosystem function.

The overarching goal from all these projects is to improve our understanding of the environmental consequences of oil spills and to start to develop a predictive framework that will inform future policy decisions in the event of another large-scale oil spill.

What initially interested you in working with Dr. Kostka at Georgia Tech?

As I discussed earlier, I actually started working with Dr. Kostka when he was a professor at FSU. I contacted him to possibly pursue a PhD because I was still very interested in the long-term effects of the DWH spill. Dr. Kostka is one of the leaders in the field studying the microbial response to hydrocarbons and Georgia Tech is a world leader in computer science and mathematics with a strong High-performance computing center. This was the perfect fit for me since I wanted to be able to use computers to study and interpret biological data, while continuing to learn how to ask scientific questions and discuss our work from Dr. Kostka. In addition, Dr. Kostka works very closely with leaders in genomics and metagenomics such as Dr. Frank Stewart and Dr. Kostas Konstantinidis, and I wanted to use these techniques to address my oil-spill related questions.

Just over 1 week ago I disembarked from the R/V Weatherbird II after spending 8 days collecting samples in the Southern Gulf of Mexico. The previous year we had sampled this area onboard the R/V Justo Sierra and this year’s cruise would fill in missing gaps as well as collecting a time series at high priority sites. I focused on collecting “grab” sediment samples from a wide area in the Southern Gulf as well as multi-core samples at our high priority sites. From these sites I would also measure oxygen concentrations throughout the core column which are critical to interpreting the microbiological data we will generate. I partnered closely with Samantha Bosman, who was leading the water column sampling onboard this cruise for Dr. Jeffrey Chanton. Results from the past year demonstrated that water column microbes were eating very old carbon, such as carbon that could potentially come from petroleum hydrocarbons. Together we plan to investigate the microbial groups linked to the transformation of this very old carbon.

The past week I spent in Montreal, Canada presenting research results at the International Society for Microbial Ecology Conference. I presented a poster discussing our deep sea benthic microbes study and the generation of a predictive model for microbial communities across the Gulf of Mexico.

Which of your findings or research has been most eye-opening? Were there any moments or facts that just made you say “Wow! I did not expect that.”?

I think I was most surprised with how quickly communities impacted by oil returned to what seems to be a pre-spill state (although this is generally VERY hard to show since we don’t have a pre-spill state and are using similar samples to predict what that state was). In the beach sands 95% of total petroleum hydrocarbons was lost in 4 months, and in one year microbial communities closely resembled un-impacted sands and oil concentrations were at background level concentrations. Wow!

Deep ocean sites that were impacted seem to have returned to a predicted baseline state by 3 years, with significant recovery being seen after only 2 years. I couldn’t believe how quickly the microbes from these deep, low carbon, permanently cold sites responded and potentially recovered from such a large spill.

I just want to conclude with how much I have enjoyed working within the C-IMAGE consortium. Everyone has been incredibly supportive, always willing to discuss their latest findings and work with me to interpret my results and place them in the larger context. I have had wonderful experiences at all the GoMRI meetings due to the strong sense of camaraderie, shared love of our work, and excitement at contributing to the long-term understanding of oil-spills. It truly has been a rewarding and fulfilling collaboration and I look forward to continuing this research.