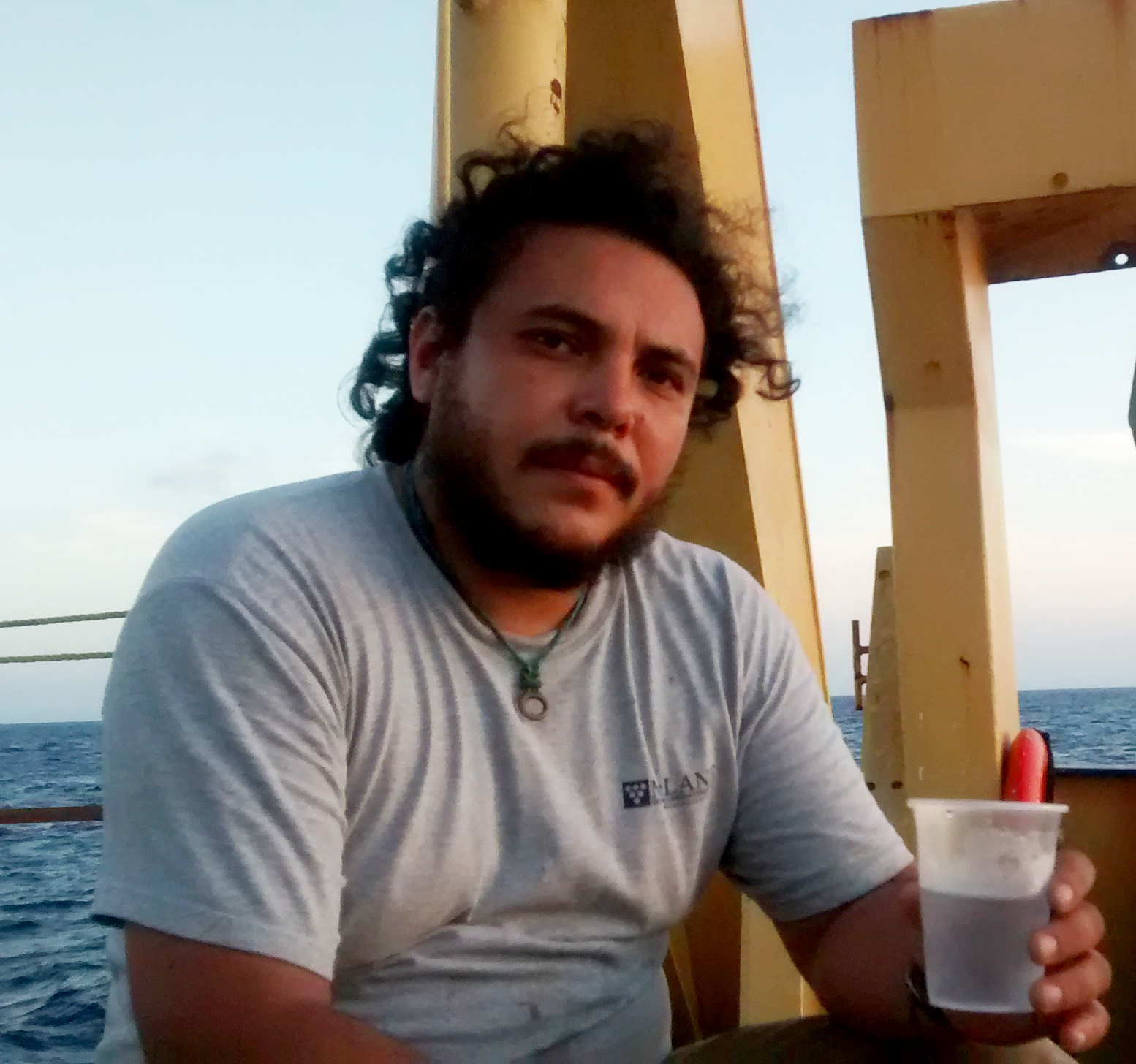 The past three months have featured students from Universidad Nacional Autónoma de México who study the deep-sea environments and micropalentology. Antonio Nava-Fernández (Tonio) studies benthic foraminfera in the Bay of Campeche.

Tonio is our C-IMAGE Student of the Month for April.

How are your studies and their results helping to understand oil spills?

The results that were obtained on populations of benthic foraminifera, they help understand the effects generated natural and anthropogenic events such as oil spills. This understanding is possible because foraminifera are sensitive to variations in conditions of water mass where they live, they are affected by changes in nutrient availability, O2 concentrations, organic matter, pH and the presence of contaminants, among other factors. These alterations result in changes in the patterns of abundance, diversity, morphology and isotopic composition of foraminifera.

So that by analyzing these populations in stratigraphic sequences collected in areas that have been affected by a stressful event as it is an oil spill, it is possible to know the status of populations before, during and after the spill.

Thus information is obtained about the effect it has had the oil spill in populations of foraminifera (in terms of abundance, diversity and morphology) and what is the time it takes for these populations to recover.

What is the effect of an oil spill on the marine environment?

How the oil spill affects the environment?

Does the environment recover?

If it recovers how long does it take?

Why did you decide to study at UNAM-ICML?

At UNAM, I found the best option to develop in the scientific areas that interest me, such as marine sciences, including marine ecology, oceanography and paleoceanography

Which are your research subjects?

The topics that I have done research are related to biological oceanography, and climate change paleoceanography, particularly the ecology of planktonic and benthic foraminifera in recent timescales, annual, decadal and millennial. As well as analysis of climate-ocean events such as ENSO.

What research tasks are completing today (or this week)?

This week I’m finishing picking the benthic foraminifera of the first few centimeters of the core IXTOC – 1 for later taxonomic determination.

What is your educational background?

I have a bachelor’s and master’s degrees on ecology of planktonic foraminifera and its relation to climate-ocean conditions of the Gulf of Tehuantepec in the Mexican tropical Pacific.

Do you have previous working experience in your studies?

Which of your findings or research has been the most eye-opening?

To find such variations in populations of foraminifera. I find surprising the fact that these organisms change their population structure influenced by changes in the environment, and the  possibility to analyze it over time.

Were the moments or results just made you say I did not expect that?

Since the organisms are observed under the microscope, it is surprising to find some of them with morphological deformations, or the dominance of a particular species.

Another interesting point is to see the charts for the first time, It is when you start the interpretation of previous work

Finally when comparing the results of foraminifera with other results, as the geochemistry, it is of the most interesting moments.

During this project I expected to find that the forams analyzed in layers after the oil spill would recover gradually towards the superficial layers; however in some instances they continue to have oil stains, which could mean that the effects of the IXTOC or other spills are probably still present.

Thank you Tonio for taking the time to answer our questions! 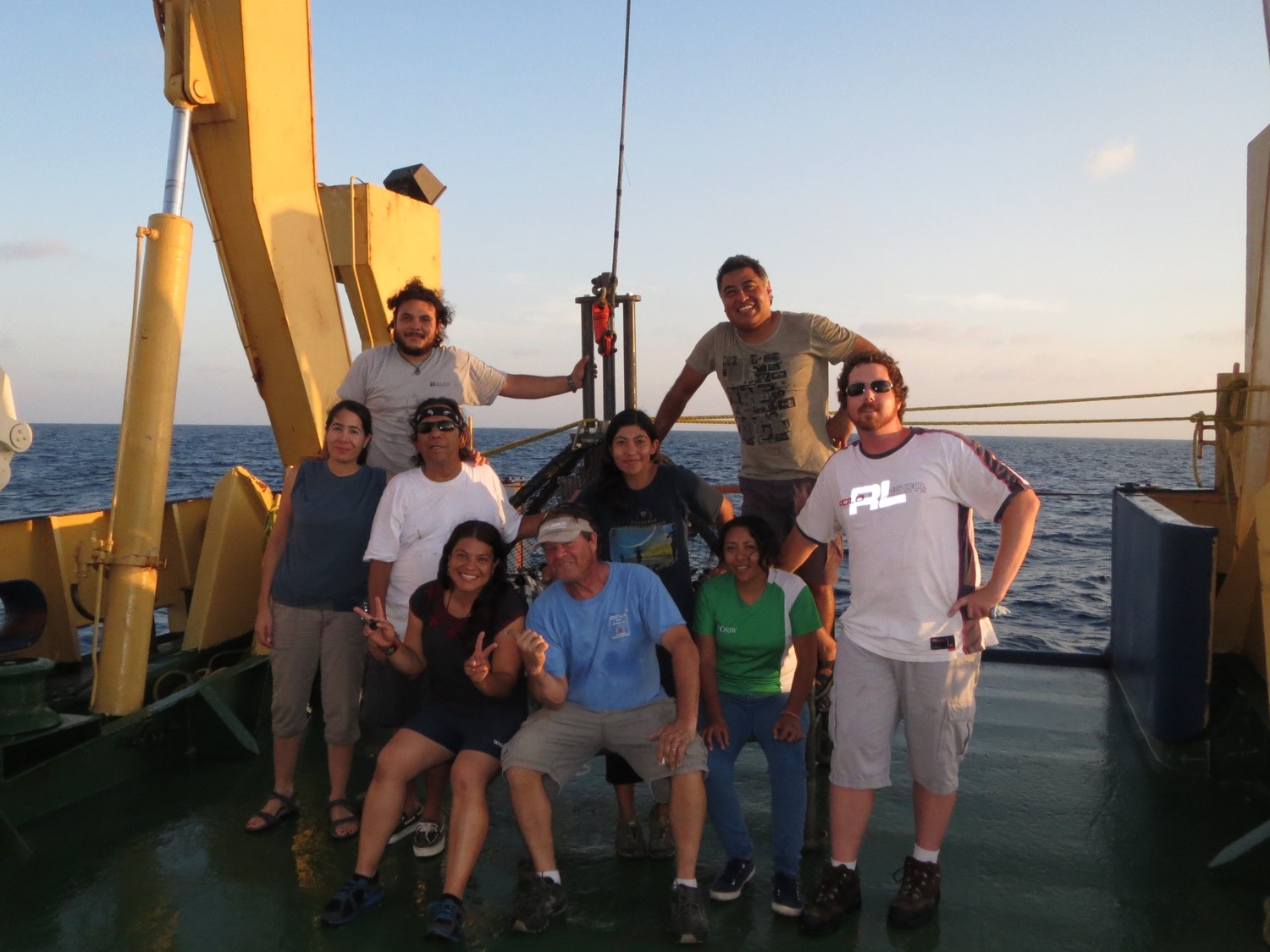