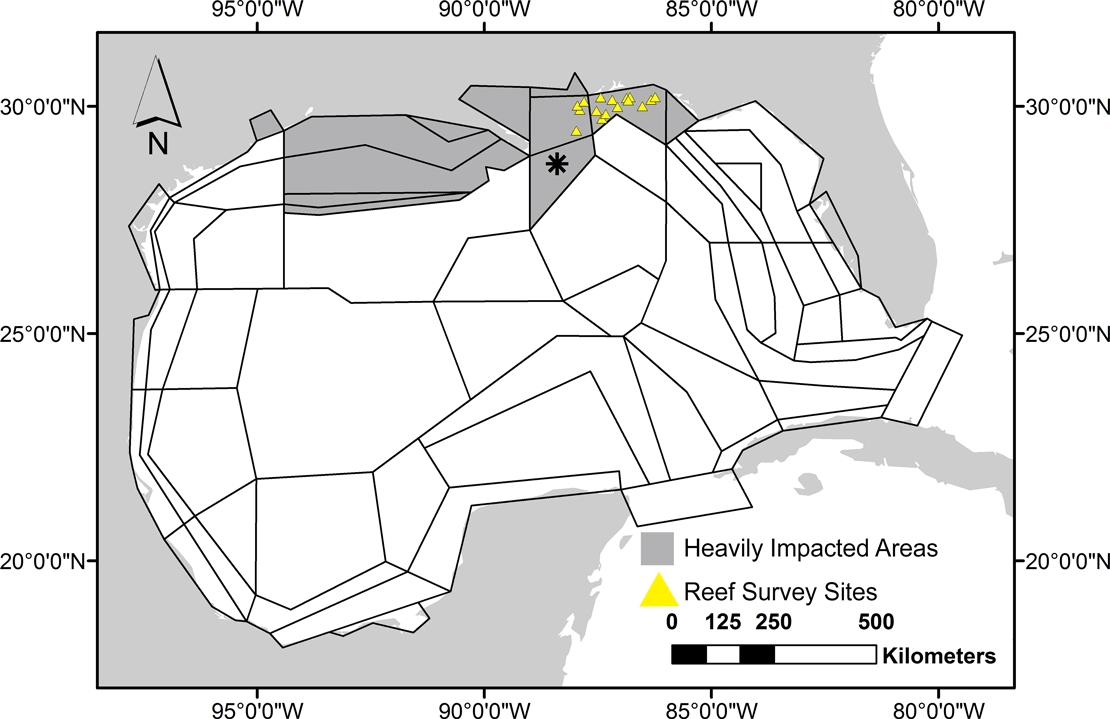 Findings from a new study published in PLoS One suggest additional impacts on fish communities from the 2010 Deepwater Horizon (DwH) oil spill may occur in the coming years. The study titled “Impacts of the Deepwater Horizon oil spill evaluated using an end-to-end ecosystem model” estimates fish populations and ecosystem health in the decades following the 2010 BP oil spill.

“Even though we are 8 years removed from the oil spill, we may have not seen the last of its effects based on the results of our model” says Dr. Cameron Ainsworth, a professor at the University of South Florida-College of Marine Science and lead author on the publication.

The oil spill had its most lethal effects on bottom-dwelling and reef-associated fish, and especially on juvenile fish. In some species, there is a missing generation of fish. These fish would have reached maturity and enter the fishery within the next few years, but their absence could have cascading impacts through the food web, according to the model.

The ecosystem model “Atlantis” predicts impacts on the ecosystem and fishes, while another model estimates the movement and fate of the oil. Partners from the University of Miami developed this latter portion, known as the Deepwater Horizon hindcast model, as a virtual oil spill to provide estimates of oil concentrations in inaccessible areas like the deep ocean.

“This is the first time we’ve combined the hindcast and Atlantis models to estimate oil spill impacts to different Gulf ecosystems” says Ainsworth. “We were surprised to see how widespread the potential impacts were.” Smaller fish species, which form the base of the food web were impacted heavily. These species and their disappearance lead to starvation in large predatory fish like groupers and snappers as far away as Texas and Mexico. If true, then the impact footprint from the oil spill is much larger than is generally recognized from post-spill assessments.

The 2010 Deepwater Horizon blowout released nearly 5 million barrels of oil into the Gulf of Mexico, 50 miles south of the Louisiana coast. The initial explosion killed 11 workers. It was triggered by a series of equipment failures and lead to the largest oil spill in U.S. history.

Since the spill, researchers from the University of South Florida-College of Marine Science have collaborated with international scientists to form the C-IMAGE Consortium through funding from the Gulf of Mexico Research Initiative (GoMRI).