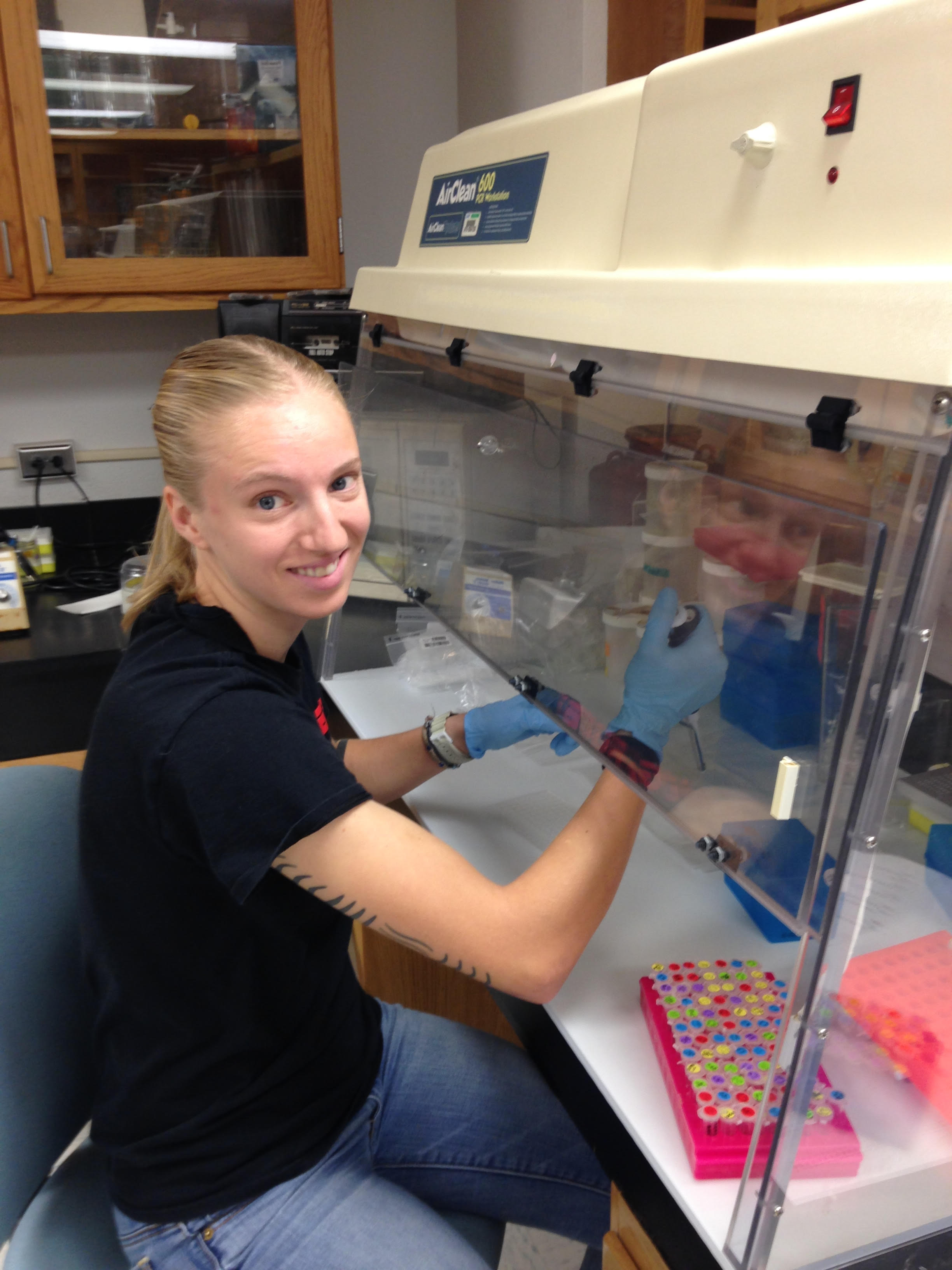 Previous students of the month blogs have focused on hydrocarbon degradation at high pressure and in anerobic environments, and remote sensing and optical oceanography. Now we look at a more biological factor studied through C-IMAGE…Microbes.

Although you cannot sea them, the microbes Nine Henricksson works with at the University of West Florida have incredible impacts on hydrocarbon degradation in the Gulf of Mexico. The implications of Nine’s work – mapping microbial communities in the Gulf of Mexico determining driving factors for their populations – makes her our C-IMAGE student of the month for October.

Nine is a Master’s student at the University of West Florida’s Center for Environmental Diagnosis and Bioremediation, studying with Wade Jeffery and Richard Snyder (Virginia Institute of Marine Science). We asked Nine several questions about her path and her research highlighting her as the Student of the Month.

What initially interested you in studying oil spills and microbes at UWF?

I have always been interested in ecosystems that are subject to levels of unusual conditions. Without talking the Deepwater Horizon oil spill, the Gulf of Mexico is a water basin with a fairly substantial input of naturally occurring hydrocarbons (natural seeps).

The ability of microbes to adapt to changing environments fascinates me and I think we can gain tremendous amounts of knowledge by studying them.

What topics does your research focused on, how will your results contribute to improve understanding of oil spills?

Our previous work has shown that the response to oil is really dependent on which organisms are present when hydrocarbons are introduced into the water column. During the summer of 2013, we had the opportunity to collect a large number of samples across a broad geographic area in the Gulf of Mexico.

My research is focused on charting microbial communities in the Gulf of Mexico and correlating community structure to metadata factors to detect trends and patterns in what drives these communities. Illustrating the spatial diversity of the Gulf of Mexico’s microbial community will allow us to better predict how this system will respond to future interactions with oil.

What research tasks are you completing today?

Right now we are in the stage of analyzing sequencing data and running multivariate diagnostics.

The sequencing process yielded over 40,000 reads per sample, and approximately 50% of the reads have been matched up to known genera. The next step is to tweak the data for optimal sequencing accuracy and eventually we will be working on correlating the known microbes to metadata parameters (chlorophyll, sea surface temperature, etc.).

I got my Bachelor’s degree from Thomas University (Thomasville, GA) in 2013, and held an internship with the Florida Fish and Wildlife Conservation Commission’s Aquatic Habitat Restoration and Enhancement division during the same year.

After graduation I worked as a laboratory assistant at Thomas and as a creel clerk on a local lake for the FWC. In the fall of 2014 I enrolled at UWF and became a member of the Center for Environmental Diagnosis and Bioremediation.

Natural oil degrading microbes play a critical role in the…

Katelyn Houghton is a MS student working on the impacts…

C-IMAGE is developing computer models to estimate the fate and…