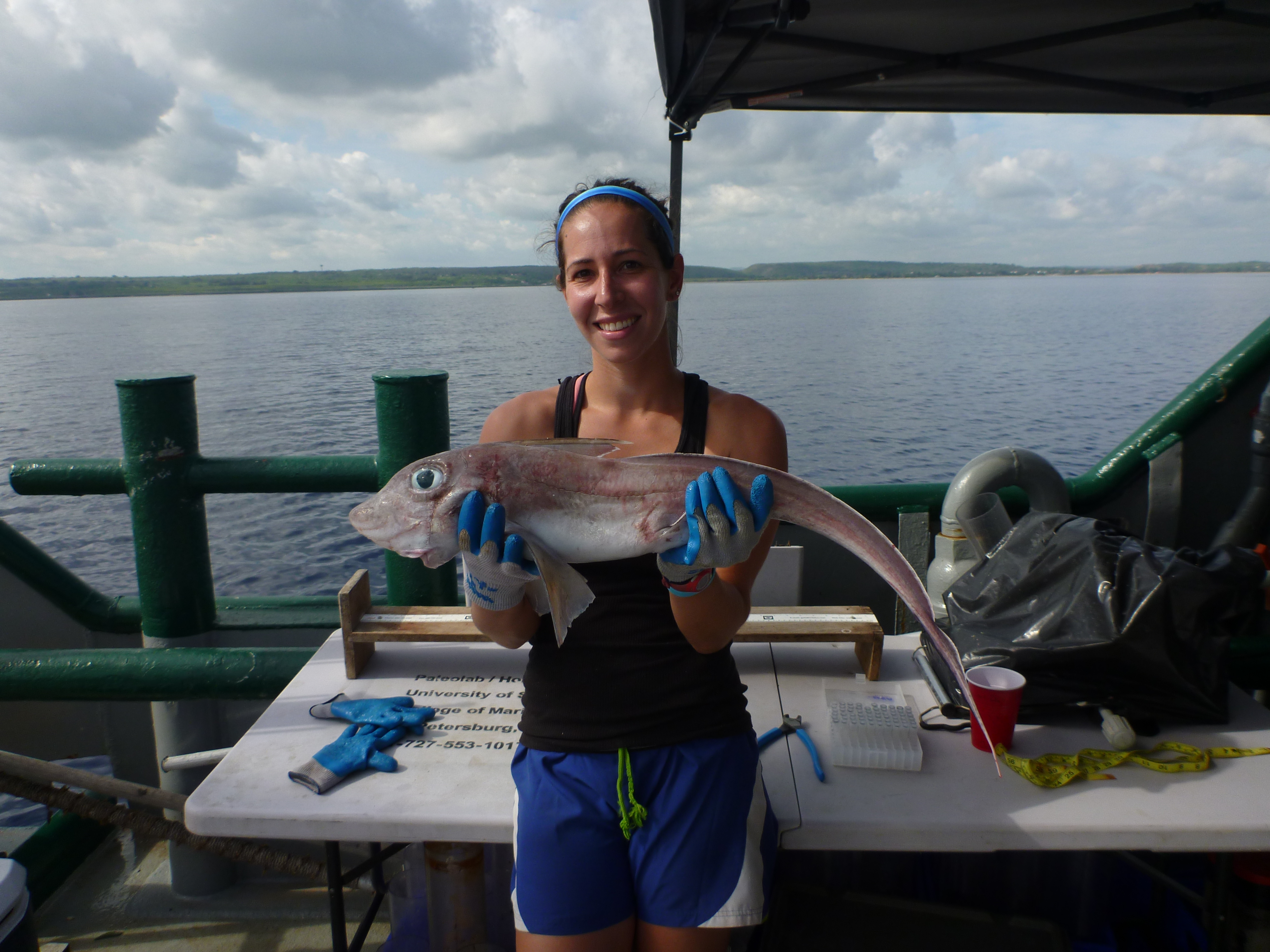 After this cruise to Cuba, I have circumnavigated the Gulf of Mexico on the R/V Weatherbird II!

I have participated in each Mud & Blood cruise since 2012, from the northern Gulf, to the Yucatan, Bay of Campeche, Texas and now Cuba.  On all of these cruises, I have collected samples for my research, which is measuring levels of toxic hydrocarbons in the tissues of red snapper and golden tilefish.

These toxins, called polycyclic aromatic hydrocarbons, enter the Gulf of Mexico through many sources, such as oil spills.  I focus on red snapper and golden tilefish because they are both commercially important and found throughout the Gulf of Mexico. Unfortunately, we did not catch either species in Cuban waters, however, we have extensive samples from all other areas of the Gulf.

While on these cruises, my main role is to assist in collecting samples from the fish, such as liver, muscle, bile, otoliths etc.  This sounds like a simple task, however, we take say 8 tissue samples from each fish, which involves lots of labeling, organizing and multitasking!  I also log information about each individual caught (e.g. species, length, weight, sex etc.).  When no fish are on deck, I spend my time tying hooks, cutting bait or organizing samples.

One of the unique aspects of this cruise was that the shoreline was always in site.  When working in the northern Gulf, we are rarely near shore, often all you can see is blue water.  Just 1-2 miles offshore of Cuba, we were in hundreds, even thousands of meters of water.  When I would fill out the station log at each fishing site I would make sure to note what was in view on land.  For example, the city of Mariel had a large power plant putting out dark emissions.  The town of Santa Cruz del Norte had coastal drilling and an associated power plant.  Observations like these will help us to interpret spatial trends in our data.

I was on board for the big education day, where we took 20 Cuban students and environmental scientists offshore for a few hours.  Their excitement was inspiring.  I was very impressed by everyone’s ability to speak English. Students could hold a conversation in English, not just about day-to-day life, but also about science.  We talked about research, hobbies, life in America, life in Cuba.  I hope everyone enjoyed spending the day on the Weatherbird! 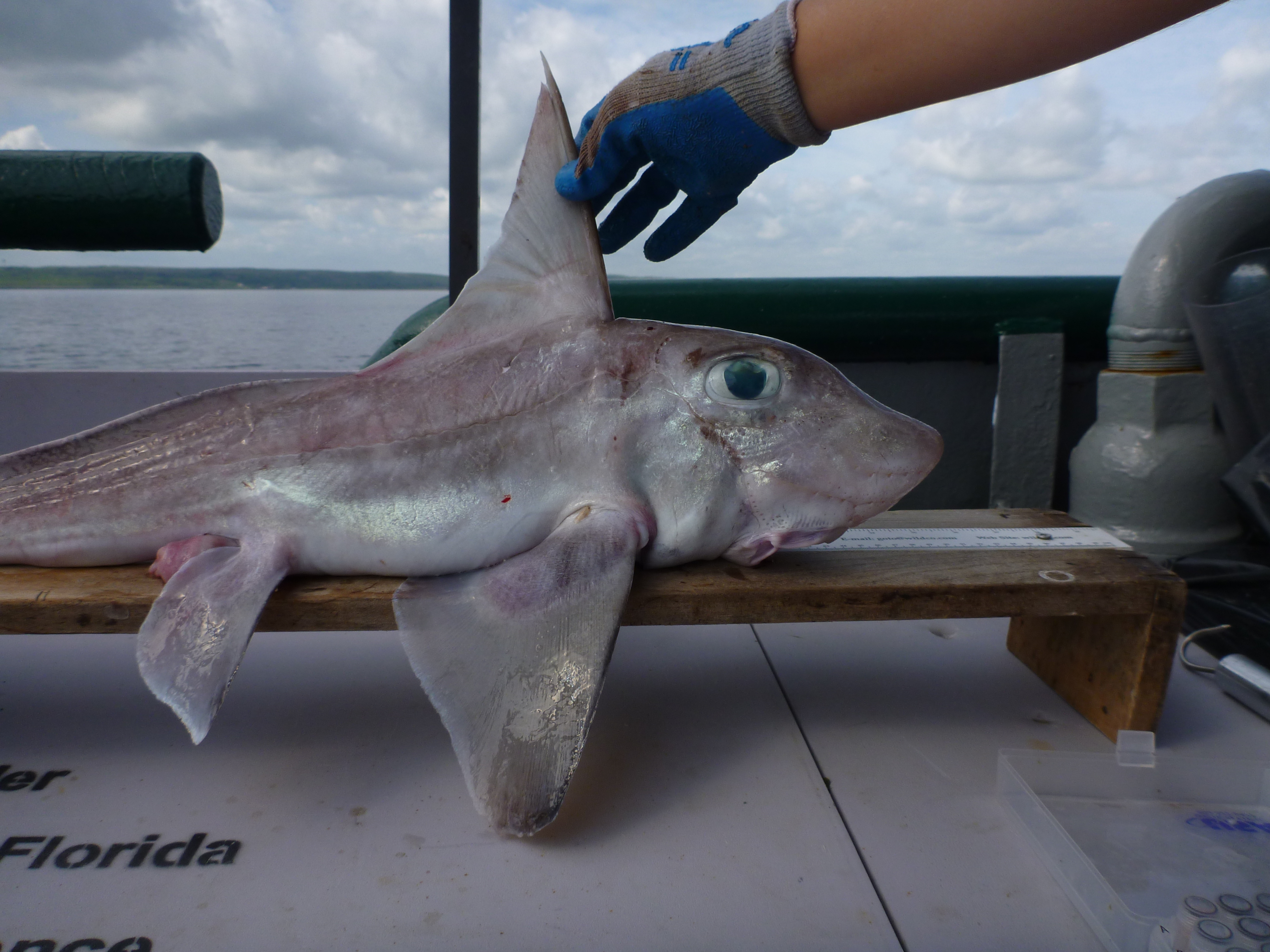 Lastly, my most memorable moment of the cruise was when we caught a Cuban chimaera.  Chimaeras are rare ancestral fishes, in the same class as sharks and rays.  I never imagined we would catch a chimaera on one of our longline cruises.  The fish was saved and will go to an ichthyology collection at TAMUCC.

Thanks C-IMAGE for the opportunity of a lifetime!