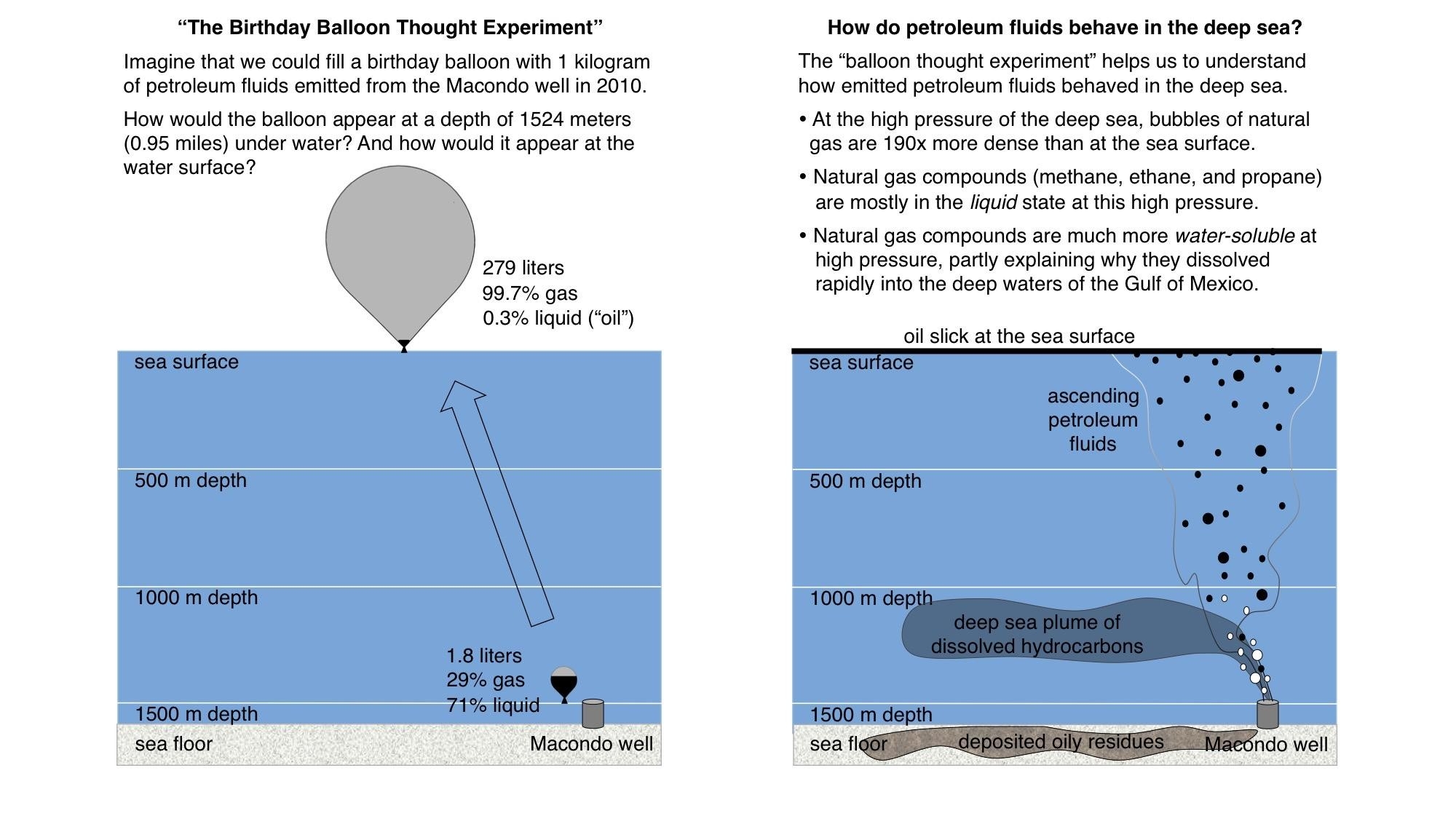 C-IMAGE co-PI and Civil Engineering Professor Dr. Scott Socolofsky co-authored a paper that was selected for ACS Editor’s choice.  Dr. Socolofsky in the Zachry Department of Civil Engineering and his colleagues at EPFL and WHOI have published a new paper in ES&T that describes the behavior of oil and gas in the deep Gulf of Mexico as it was released during the Deepwater Horizon.  This paper was also selected for the American Chemical Society Editor’s Choice.Excerpt from Press Release ‘Under Pressure: Petroleum Changes in the Deep Sea’ from Environmental Chemistry Modeling Laboratory in Ecole Polytechnique Federale de Lausanne (EPFL).

Read on for an excerpt from the full press release out of ENVIRONMENTAL CHEMISTRY MODELING LABORATORY NEWS:

After the Deepwater Horizon accident in 2010, an often-asked question was: What happened to petroleum liquid and gas that was emitted into the deep sea, and why? A paper published recently by a team at the Ecole Polytechnique Fédérale de Lausanne, the Swiss Federal Institute of Aquatic Science and Technology (Eawag), Woods Hole Oceanographic Institution, and Texas A&M University sheds new light on the strange behaviors of petroleum liquid and natural gas in the deep ocean.

Unlike a more typical oil spill at the sea surface, a deep-sea petroleum release is affected by extreme high-pressure conditions, which fundamentally alter the state and behaviors of the petroleum in the sea environment. This is what happened during the 2010 Deepwater Horizon accident, when more than half a million tons of petroleum liquid and natural gas were released from the broken Macondo well at a depth of 1524 meters under water in the Gulf of Mexico, about 66 kilometers offshore from the Louisiana coast.