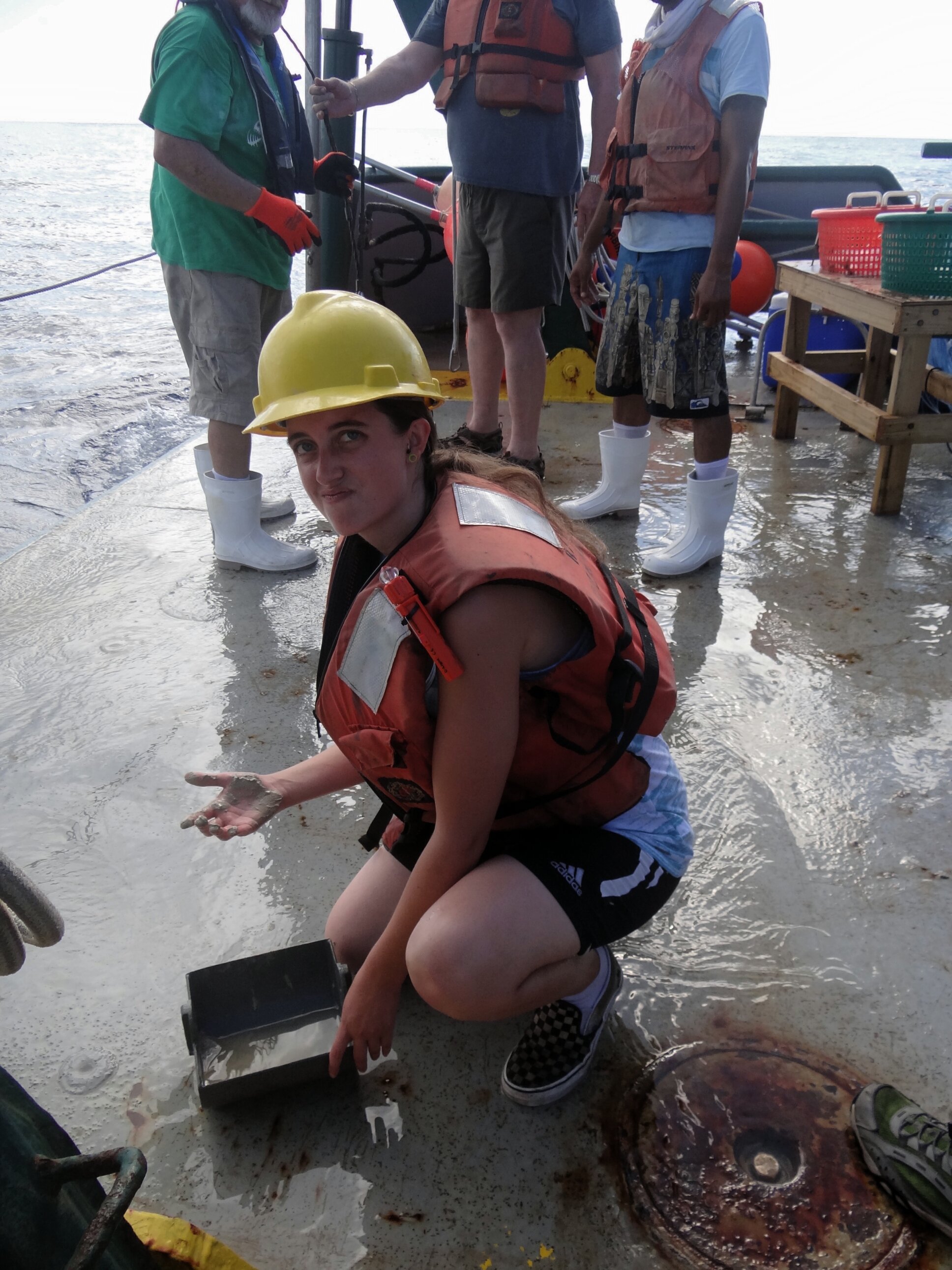 A little about myself: I was born in Florida, grew up in Colorado, and came back to Florida to go to Florida State University for undergrad. I graduated last fall with a Bachelor of Science in Environmental Science and a minor in Geology, and I am currently working as a lab technician in the Department of Earth, Ocean and Atmospheric Science at FSU.

Previously, I participated in the Northern Ecosystems Research for Undergraduates program through the University of New Hampshire, which included going to Sweden to study the thawing permafrost and presenting a poster at the American Geophysical Union conference. I also worked as a research assistant in the Geochemistry department at the National High Magnetic Field Laboratory in Tallahassee, where I studied stable isotope concentrations of meteorites.

While I am most interested in geology, I love anything and everything to do with isotopes; environmental science encompasses all earth systems whether it is geological or biological, and isotopes provide an important representation of these systems.

For example, in Sweden I collected porewater samples over a permafrost thaw gradient and used gas chromatography isotope ratio mass spectrometry to determine 13C ratios of CO2 and CH4, which differentiates methane production pathways. These effective fractionations indicated a shift in production pathways with transitioning vegetation over the thaw gradient, and can be used to distinguish areas of higher CH4 fluxes.

Certain radioactive isotopes such as 14C can also be used as tracers to study the effects of events such as the oil spills in the Gulf of Mexico, and that is the purpose of collecting sediment on this research cruise. I had no experience in sediment coring or field work from a research vessel before this, so I did not really know what to expect being the only ‘mud person’ using a brand new multicorer. 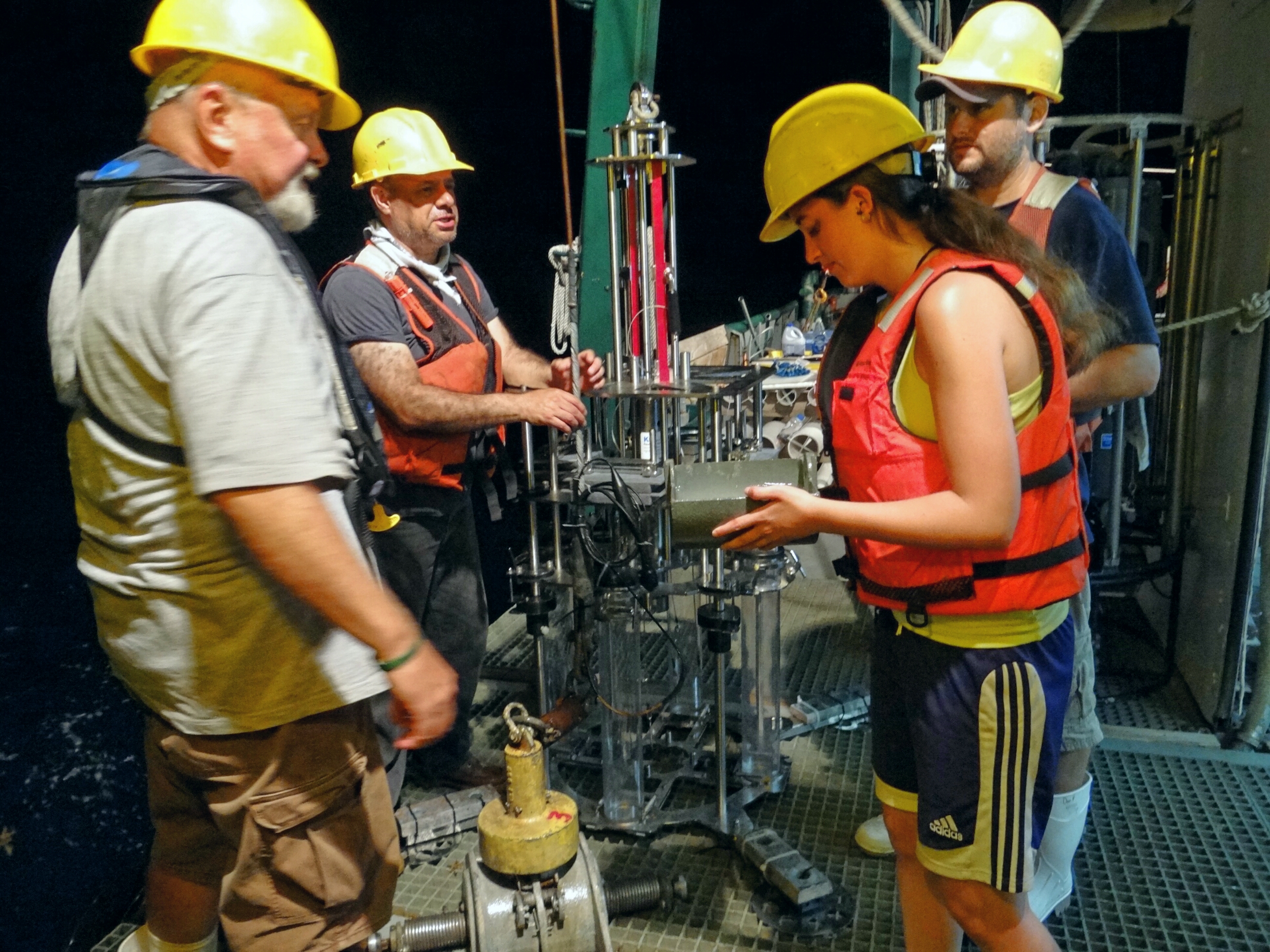 It was delivered to USF barely a day before leaving, and in that time we had to put it together and try to figure out how to operate it. I’m not sure if I really thought it was going to work the first time down, but it didn’t. Maybe the next site? Nope. Time to troubleshoot.

After reading the manual forwards and backwards, and upside down because sometimes new perspectives are good, I decided to send a camera down with the multicorer. With the help of the crew and a couple awesome fish people, we had already removed a part that seemed out of place and eliminated variables such as sediment composition and mechanical preparation before deployment.

The video from the camera showed the multicorer sinking effortlessly to the bottom, and sitting there refusing to even try to pick up sediment for a solid minute. I had become convinced that a mermaid was following us and triggering the corer before the bottom, so that theory was also excluded. Next was a deck test, where propping the feet up on buckets and lowering the middle section containing the tubes imitated conditions for sediment retrieval. Without water, it functioned perfectly, and it was about this time that I noticed an outlet valve that regulates water intake was missing.

I tried sending the corer down one more time with a makeshift outlet, and while the tubes did actually breach the sediment, the mechanisms were still not able to trigger properly in order to hold the sediment on the way up. I have still been able to collect surface sediments with a shipek grabsampler, but we will not be able to study sediment depth profiles without core samples. 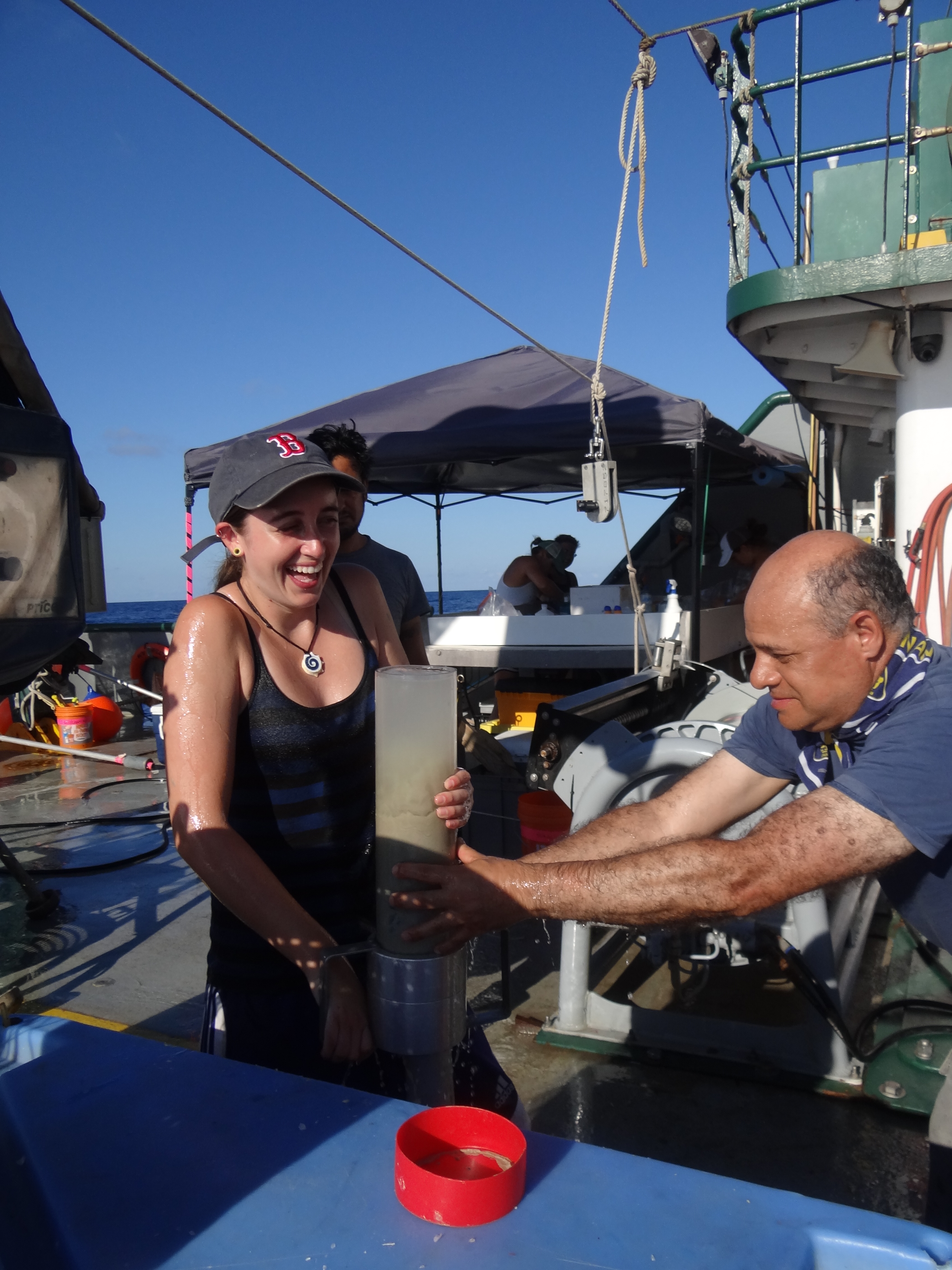