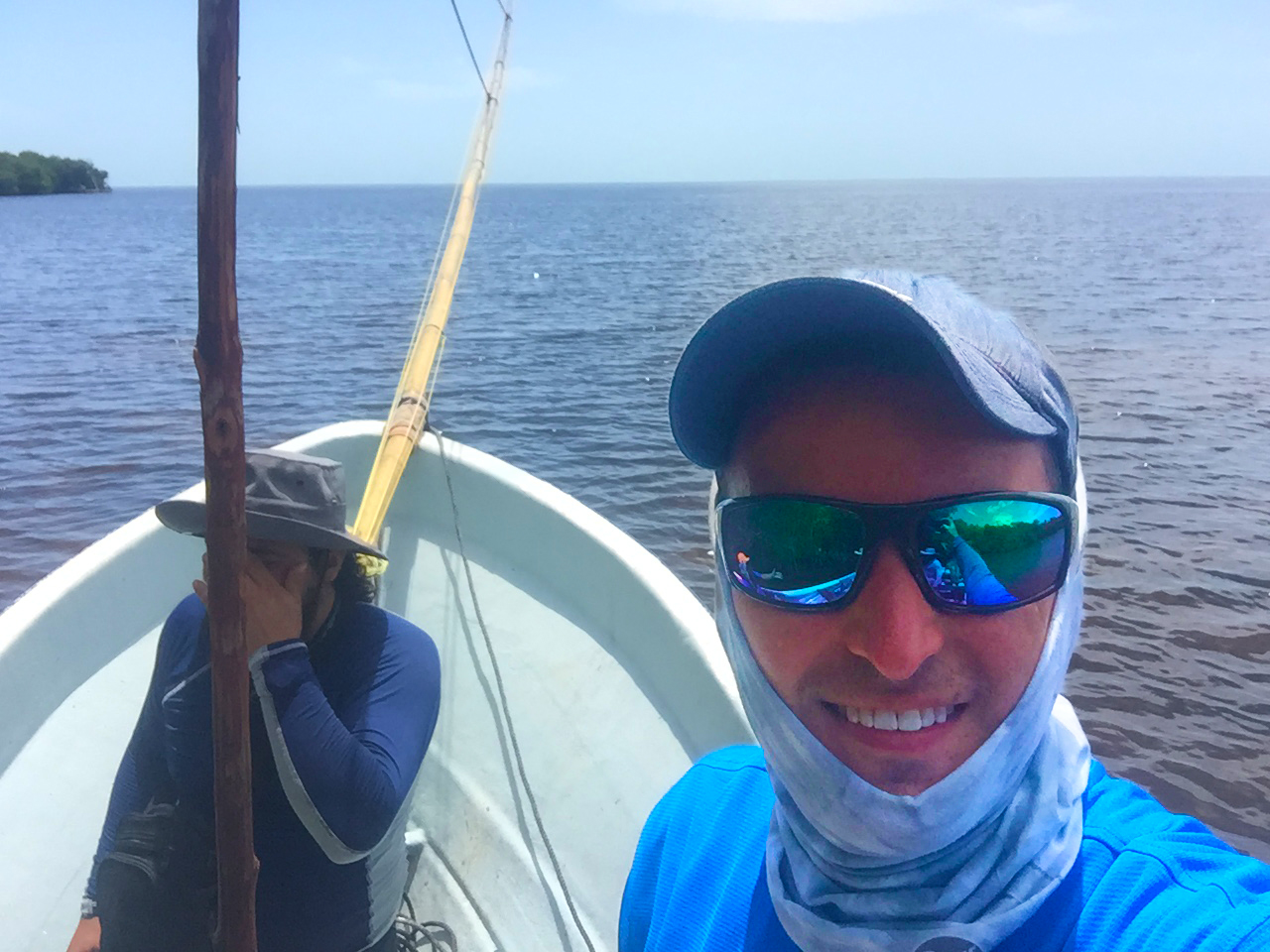 How did your anticipation of this cruise compare with previous ones to the northern or southern Gulf?

My anticipation of this cruise was similar logistically to some of the cruises to the Southern Gulf of Mexico, where there were many moving parts, personnel and logistical concerns. However, scientifically speaking, there were more unknowns than any of the other cruises because of the lack oceanographic research previously performed or available in these areas and a completely different oceanographic setting than the areas we had previously sampled in the northern and southern gulf.

What were your expectations leading into the cruise? Scientifically? Collaboratively?

Scientifically speaking, there were a lot of unknowns (see previous response).  I hoped that we could retrieve sedimentary records that were comparable to the northern and southern gulf to fully prove the concept of “One Gulf”. This was a great opportunity to compare many of the metrics measured in the Northern and Southern Gulf of Mexico to the northern coast of Cuba including the distribution of benthic foraminifera with each water mass (temperature and salinity), sedimentary accumulation rates, organic inputs/pollutants, microbial populations, macro and meiofaunal populations and how these metrics indicate benthic habitat suitability for larger organisms such as demersal fish. It is also an interesting contrast for types of human impact to the continental shelf and slope environments, considering the lack of offshore drilling in the area.

Collaboratively speaking, I was very excited about meeting with the faculty, staff and students from CIM.  I was looking forward to not only collaborating with them on the collections analysis and publications from this cruise but also trying to establish long-term, future collaborative efforts through joint student mentoring, field expeditions, and short-course teaching exchanges.

What were you most looking forward to during the cruise?

Interacting and collaborating with the faculty, students from CIM.

Did the daily activities feel any different from other cruises? Did having land close to sampling stations give you a new perspective?

On deck, the daily operations were very similar to most of the other cruises.  However, we often had to adapt our sampling strategy based on the oceanographic and seafloor setting (e.g. strong currents, hard bottom). Because the shelf was so narrow and the slope was so steep, our work was often within a few kilometers from shore.  On most cruises, we have been 10’s to 100’s of kilometers offshore.  It was pretty surreal to be able to see land for the entirety of the cruise, especially the skyline of downtown Habana at night, with the bright lights of the Malecon clearly visible. It was also strange to see people continuously being able to use their cell phones onboard. That is usually not possible due to distance from shore.

If you were present on the education day, what were your interactions like with the students on board?

The students were very engaged in the operations on deck and very willing to help with coring and fishing activities.  The majority of the students were very interested in not only how operations were carried out, but also the reasoning behind each procedure.  It was interesting to hear their stories about the types of field-work they were involved in including work on the CIM vessel Felipe Poey and coastal surveys.  I was also able to speak with a few students about their research projects using foraminifera as sea-level indicators, characterizing pollution in estuaries using nematode abundance and the larval stages of tarpon.

What were you surprised to see or not see while on the cruise?

Overall, on most cruises, a consistent pattern emerges in the samples that you collect allowing for a somewhat cohesive picture of the seafloor.  However, that pattern never emerged on this cruise.  What we did learn is that the seafloor is extremely heterogeneous with patches of mud surrounded by hard-bottom and coral in the shallower areas.  Although we have to take into consideration that the oceanographic setting also plays in to the collections we retrieved.  Even if there was mud in certain places where we were sampling, it is extremely hard to get good mud recovery with a current up to 6 knots and a very steep slope. The quintessential example of this is when we pulled up thick fibrous peaty material in one tube, nice white pteropod ooze (mud) in one tube, and nothing else in the other six tubes.  We have never seen anything like that before.  That being said, we were able to successfully retrieve 11 complete multicore sets, which will give us a comprehensive understanding of the chemical, physical, geological and biological settings on the seafloor off the northern and western coasts of Cuba.

What new things did you learn while on board?

The mud team held a few midnight mini-seminars in the galley.  We discussed each of our respective research projects including C-IMAGE Gulf of Mexico sedimentary oil input, impact and recovery, Southern Cuban whiting events, coastal pollution records in Cuba, and sedimentary organism population indicators of human impact in Cuban bays.  It was great to discuss alternative approaches to existing projects and further refine our work throughout the Gulf of Mexico.

What was your most memorable moment?

Coring at night just offshore from Habana: The lights along the skyline of Habana, the bright white lights along the Malecon, the intense orange flame from the refinery to the east of downtown, and the descriptions of Habana from the Cuban faculty and students.

What do you think this collaboration means for the future of the Gulf?

There will be some immediate collaboration with C-IMAGE scientists and the faculty and students from CIM including assisting with ongoing PhD projects and new ventures with the analysis of samples collected from this cruise. We hope to develop longer-term collaborations through international working groups, short-course teaching exchanges, and joint student research efforts.

The One-Gulf concept consists of setting environmental baselines throughout the Gulf of Mexico in case of future accidents.  These baselines are absolutely necessary to quantitatively assess impact and recovery.  Maintaining this collaborative network of scientists throughout the US, Cuba, and Mexico is key to expediting response to, and fully characterizing future human or natural impacts to the Gulf of Mexico.