What is a Benthic Habitat Map?

What is a Benthic Habitat Map?

Habitat mapping in the ocean can also be layered to include other components such as what fish, invertebrates, and vegetation are present and in what abundance as well as the physical parameters of the surrounding water column. More about these components can be found in NOAA’s Coastal and Marine Ecological Classification Standard which describes the approach to habitat classification taken by this project.

How do we Create Benthic Habitat Maps?

On land, habitat maps can be created directly by looking at photographs taken from satellites. In the ocean, however, we can only get images of small subset of the total area (often called groundtruth points) using visual sampling technologies like the C-BASS towed video system. We therefore must use sound to collect information about the larger area; multibeam echosounders collect both bathymetry and backscattering information by emitting and receiving sound waves. Bathymetry is the depth of the seafloor and collecting it gives us a map of the seafloor’s topography (fig 1a). From bathymetry we can determine various other aspects of the seafloor including the slope and roughness. Backscattering is a measurement of how strong the sound returns which can give information about how hard or soft the seafloor is, giving us an indication of substrate (fig 1b). 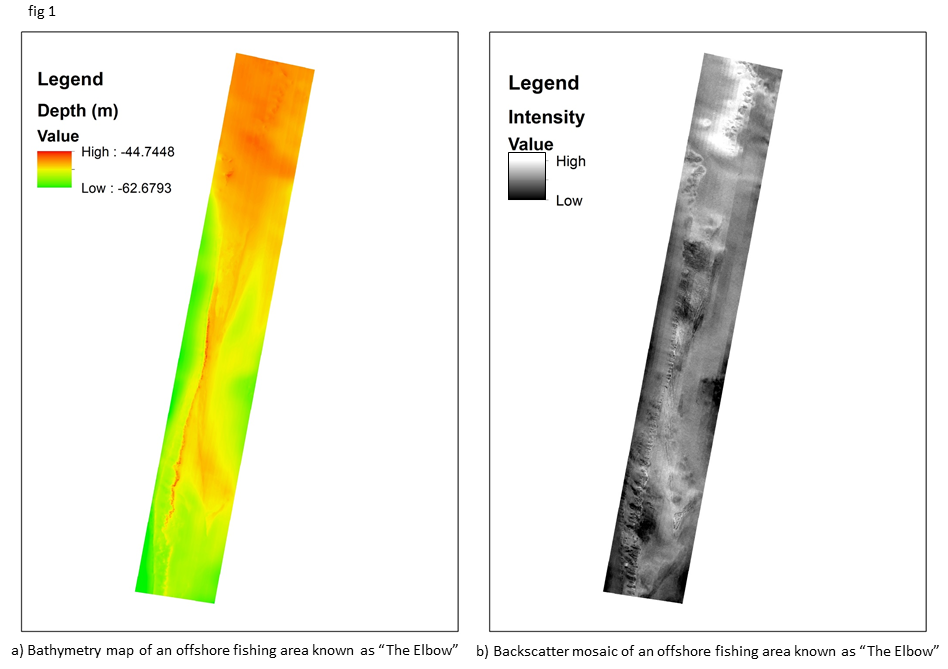 Although these maps can help us better understand and identify key features in an area, they are not benthic habitat maps as they don’t explicitly tell us what the geologic and biologic aspects of benthic habitat are at a given point. These “sound maps” must be converted into categories that are more intuitive for humans to understand. A human observer can identify habitats using the C-BASS camera (figs 2 and 3).

These groundtruth points can then be plotted on the “sound maps” and used to train a computer algorithm to identify what each habitat type typically looks like in terms of these “sound maps “ in order to create predicted geologic and biologic benthic habitat maps for the entire area (fig 4). The two resulting maps can also be overlain to create one combined benthic habitat map (fig 5).

Why do we Need Benthic Habitat Maps? 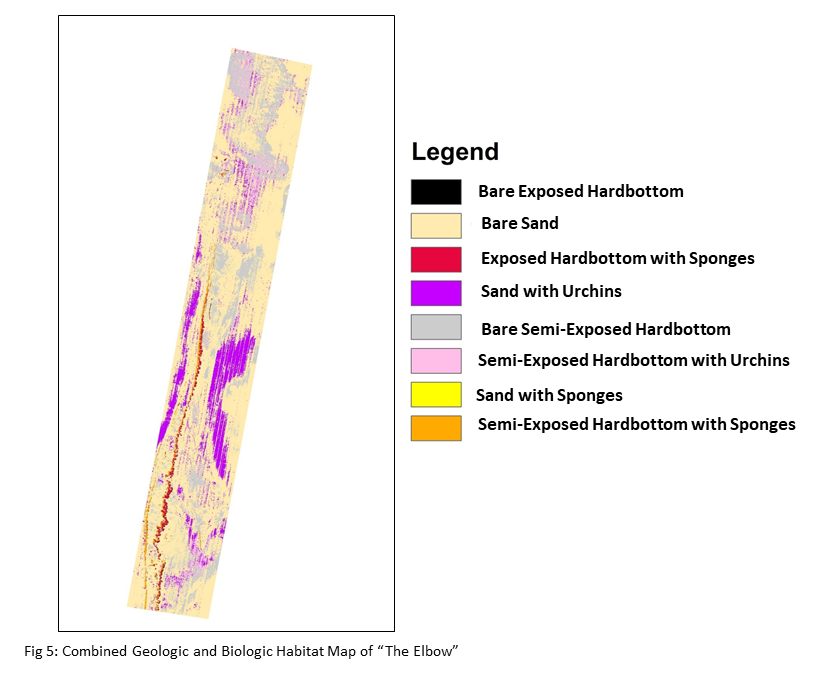