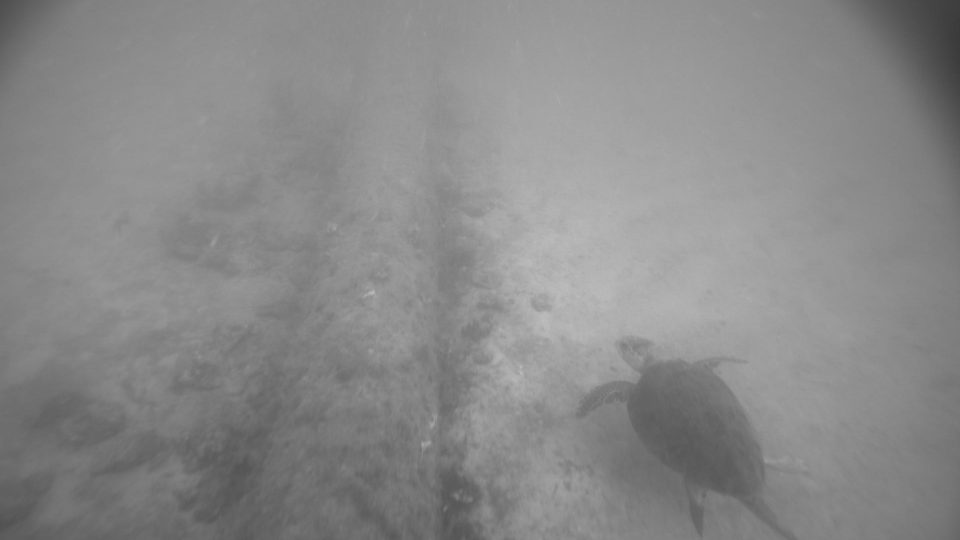 The primary objective for this cruise was to produce an ultra-high resolution bathymetric map of the area southwest of the Florida Middle Grounds using the Reson SeaBat 7125 multibeam echosounder system. This area is located approximately 180 kilometers (km) northwest of the mouth of Tampa Bay and is one of a number of shelf-edge projections that have been identified along the West Florida Shelf.

During the outgoing transit, we were able to survey a portion of the Gulfstream Natural Gas Pipeline. Upon arrival at the survey region, a patch test was performed in a small area of modest seafloor relief, and the results were integrated into the multibeam system. The actual survey was then started on June 20th and continued until mid-morning on June 26th. During this time, we were able to cover an area of approximately 111 km2 in just under 140 hours of operation. Sound velocity profiles (SVPs) were conducted a minimum of four times per day during the survey, for a total of 37 CTD / SVP casts.

During the return transit three sites were surveyed:

2. An area of interest off of Indian Rocks Beach