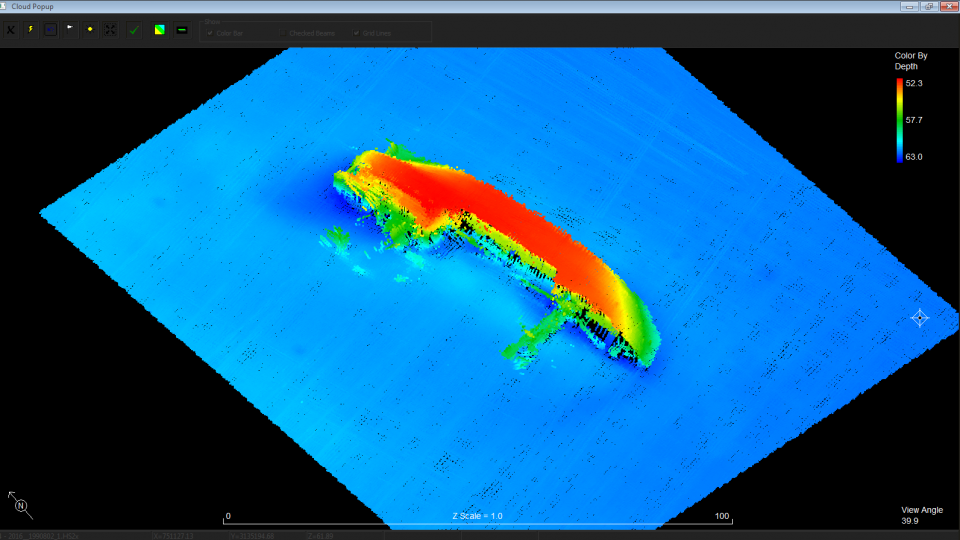 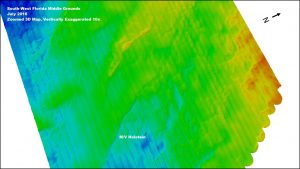 During this cruise, the aim was to continue adding mapped area to the region South-West of the Florida Middle Grounds. Operations were almost the same as during the May 2016 cruise; before leaving Tampa Bay, all systems were tested near the Sunshine Skyway Bridge in the shipping channel. Once that was completed, the 12 hour transit to the survey area began. When we arrived at the start point for the first multibeam line, a patch test was performed which calibrates all of the instruments to one another. 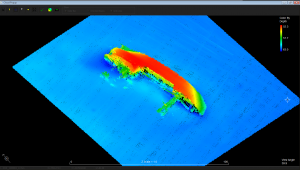 After 110 hours of operations, approximately 216 km2 of new area was mapped. Over the course of the survey, 30 CTD (salinity, temperature) and SVP (sound velocity profile) casts were completed.

At the end of the cruise, a detailed survey of the wreck M/V Holstein was completed before returning to port. This vessel sunk in October 1992 after a large storm crossed its path. A screenshot of the wreck on the seafloor can be seen below.