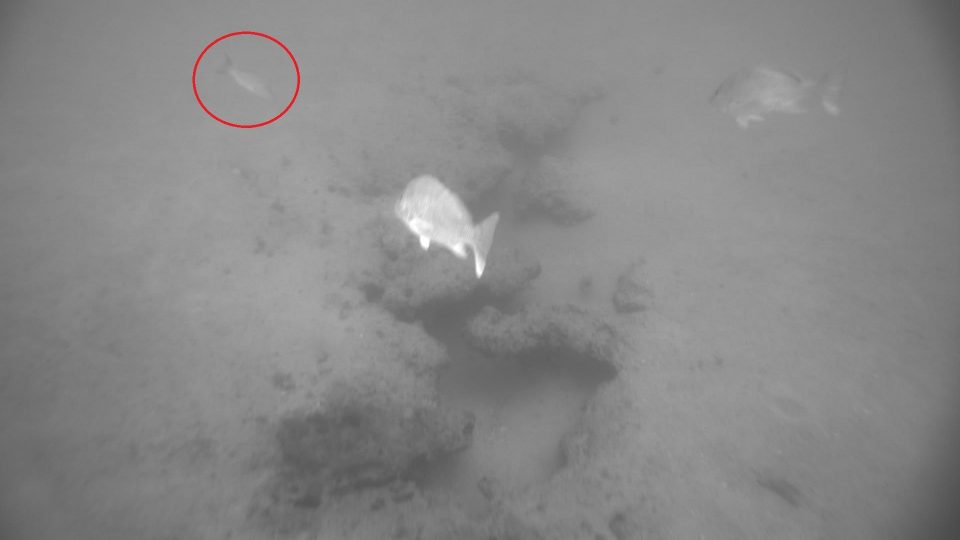 For our April 2019 cruise, the objectives were to re-image select areas of the Elbow, collect towed video in newly mapped areas of the Elbow named Radius and Ulna and opportunistically collect multibeam bathymetry during overnight operations using the Reson Seabat 7125 Multibeam Echosounder (MBES). We also planned to calibrate the EK60 Echosounder if time permitted.

The crew boarded the R/V Weatherbird II and departed from St. Petersburg on April 23rd.

After departing a GAMS calibration was completed and then transit began towards the Radius, completing two CTD/SVP casts along the way. Ideal weather allowed easy transit between transects, keeping CBASS in the water column. All Radius transects were completed in one day (4/23) and then transit began to Ulna. Ulna transects began the next day (4/24) and were smoothly completed within 2 days. Following, we re-imaged two larger transects in the Elbow (4/26), including some additional data collection in both the Elbow and along the Gulfstream Pipeline. A map of completed CBASS transects can be seen to the right.

Overnight mapping allowed us to add an additional ?? sq-km of bathymetry and backscatter. The areas mapped with the MBES can be seen in the map below. Total CBASS time was 33h50m, completing 249.2 km of towed video. Also, a total of 22 CTD/SVP deployments were completed in-between CBASS deployments and a successful EK60 calibration was accomplished.

The team returned to port on April 27th.