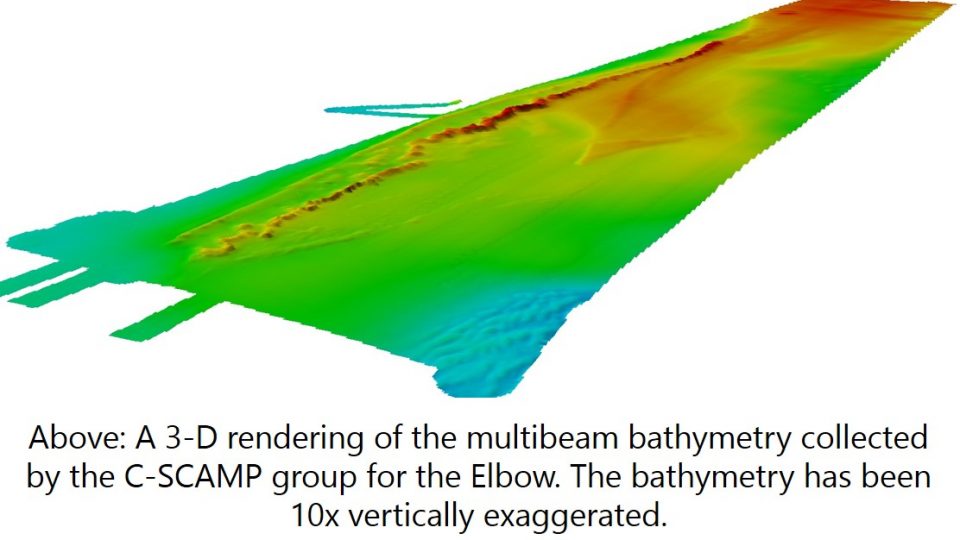 The purpose of this cruise was to map the Elbow (140 km West of Tampa Bay) using the RESON Seabat 7125 multibeam echosounder system. This was the first large area mapped by the C-SCAMP group and it resulted in approximately 100 square kilometers of multibeam bathymetry which took just under 60 hours of operations.

After leaving on December 8th, 2016, the crew arrived on site on December 9th and performed a patch test near the western edge of the survey area. These results were then integrated into the multibeam acquisition software and mapping of the area began.

During each day of the survey, three sound velocity profiles were taken used an AML Oceanographic Minos-X equipped with an SV*Xchange(TM) sensor. These profiles are imperative for ensuring that the acoustic data being collected by the Seabat 7125 is precise and accurate.

The settings and amount of overlap between survey lines resulted in our group being able to process a bathymetric map of the Elbow to 5-meter resolution. 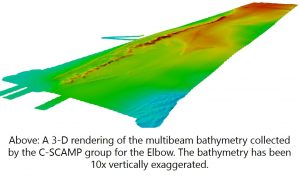