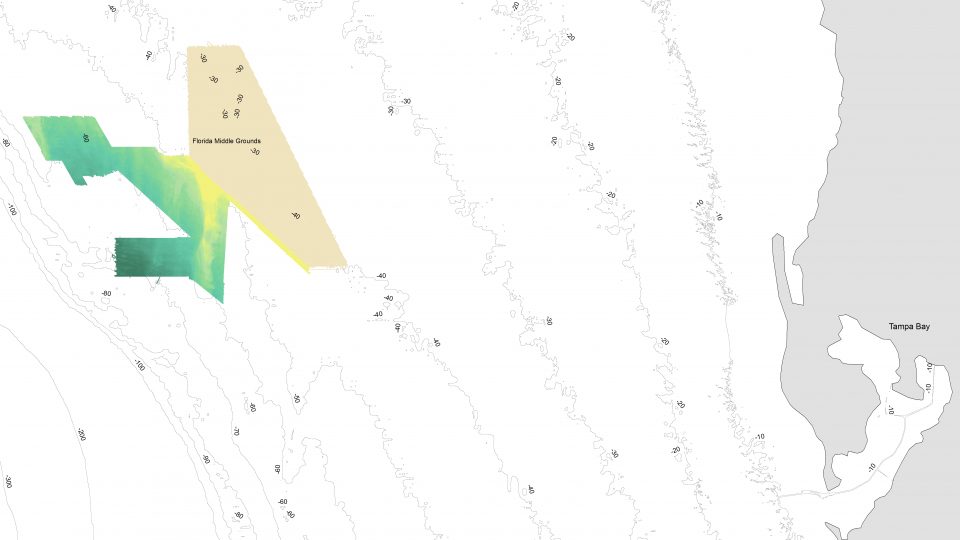 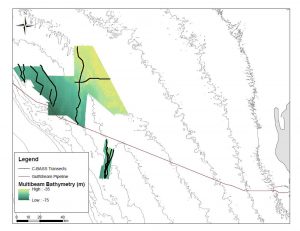 The crew boarded the R/V Weatherbird II and departed from St. Petersburg on September 27th at approximately 14:30 UTC.

After departing a GAMS calibration was completed, then a transit over to Egmont Key took place for a small mapping survey to observe the faring of the buoy anchor. We then transited to the Elbow where a patch test was completed and overnight mapping began.

The following day (9/28), CBASS transects began. Ideal weather/conditions allowed CBASS to stay in the water for transiting between transects and there was only one CBASS communication issue which was easily fixed. A map of the completed C-BASS transects can be seen in the map to the right.

Overnight mapping allowed us to add an additional 132 sq-km of bathymetry and backscatter. The areas mapped with the MBES can be seen in the map below.

Due to time constraints, an EK60 calibration could not be completed.

The team returned to port on October 2nd at approximately 11:30 UTC. 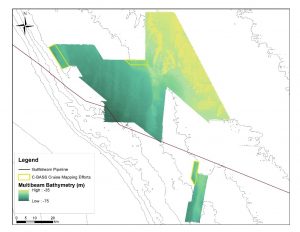