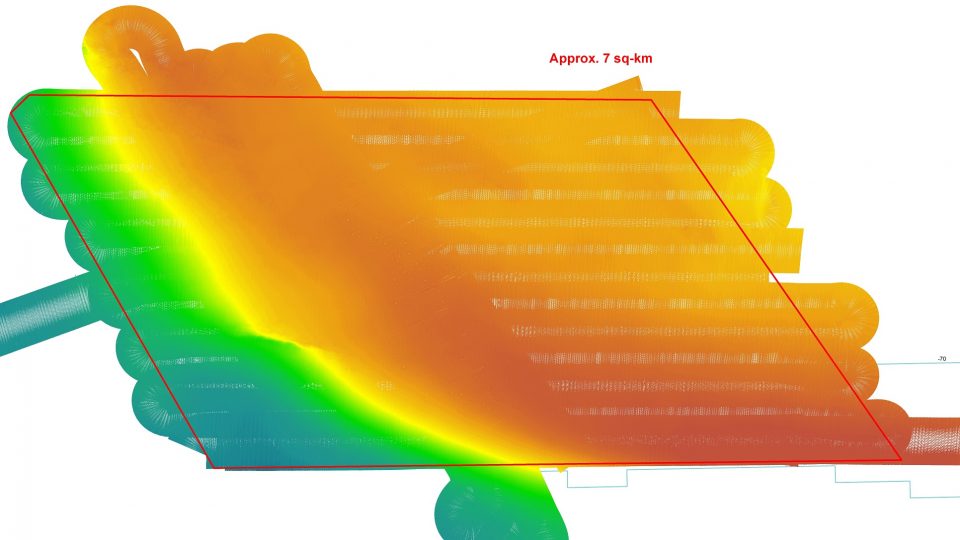 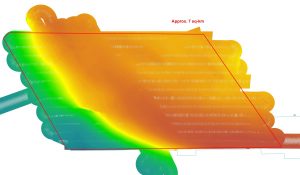 The objectives for this cruise were to image several areas southwest of the Florida Middle Grounds, the Pipeline, the Elbow and Steamboat Lumps where previous mapping took place. The ship departed at approximately 1800 EDT on April 20, 2017 and completed an EK60 calibration near St. Pete Bay Reef, as well as a POS MV calibration before passing under the Skyway. The Reson SeaBat 7125 multibeam echosounder was operated in tandem with the C-BASS and EK-60 echosounder for almost the entire duration of the cruise and was used overnight to complete small surveys when the camera system was not being deployed. 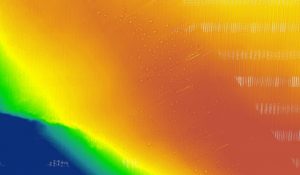 The transects imaged this cruise were concentrated during daylight hours due to unfavorable visibility conditions which worsened at night. Though there were consistent C-BASS communications issues, we managed to collect ~60 hours of towed video, including water column data, in addition to mapping new areas west of the Elbow, east of the Florida Middle Grounds, and around the grouper holes in Steamboat Lumps using multibeam echosounder.

CTD and sound velocity profile casts were collected throughout the cruise for a total of 20 by the end of the last planned transect. On the last day, a glider was deployed just west of Steamboat Lumps. The ship began return to port on April 26th and arrived at approximately 07:30 AM EDT on April 27. Some imagery highlights are shown below: Sandbar Shark (left) and Loggerhead Sea Turtle (right). 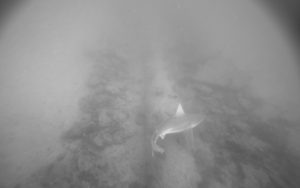 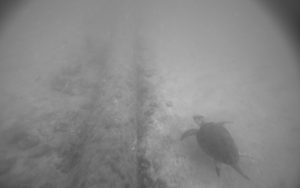